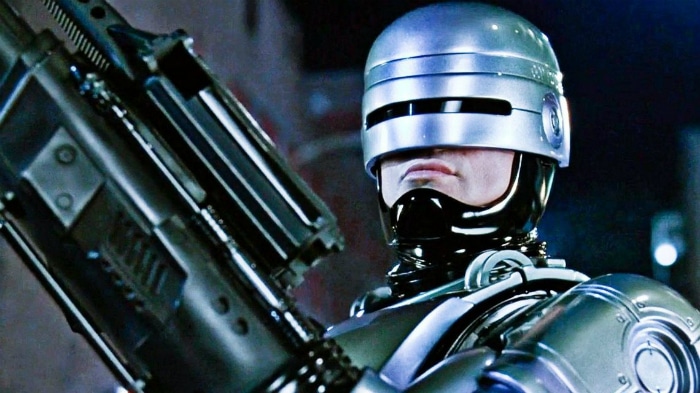 Someone asked director Neill Blomkamp who he’d like to see as RoboCop in his upcoming sequel, and his answer was both surprising and kind of awesome.

As we found out recently, Blomkamp has been tapped by MGM to helm RoboCop Returns, a movie that will serve as both a direct sequel to the 1987 sci-fi classic and a reboot of the franchise, which faltered in 2014 with a remake that didn’t come close to matching the original’s audacious, satirical vision.

Of course, casting the title character is of paramount importance (the 2014 version, Joel Kinnaman, will not be returning), so take a look at what Blomkamp said on Twitter when asked who he thinks should take the role:

Rewatched #Robocop last night… Still one of the best ❤️🙌🏻 Can’t wait to see the @NeillBlomkamp twist … who should play Robocop though? 🤔 pic.twitter.com/0LN4LCXoso

Yes, you read that right: the filmmaker suggested that the original RoboCop, Peter Weller, should reprise the role for the first time since 1990’s RoboCop 2.

Is Blomkamp kidding around, paying tribute to Weller, or serious? It’s hard to say, but the idea can work on many levels.