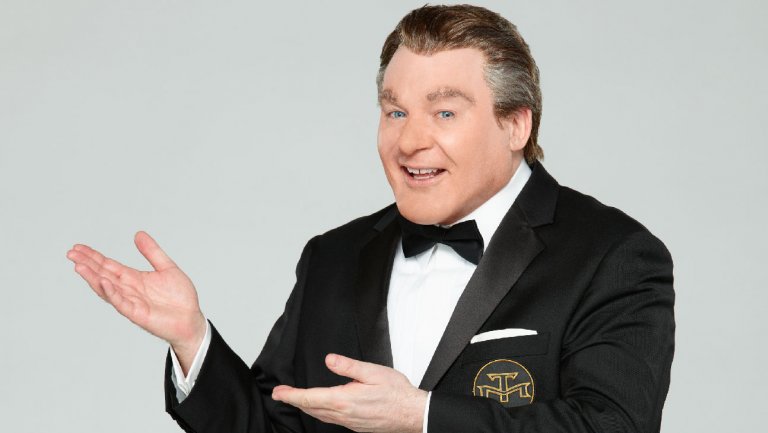 Sitting through an episode of ABC’s rebooted version of The Gong Show, hosted by “British comedian Tommy Maitland” (Mike Meyers in makeup and prosthetics), is a surreal fever dream of an hour. Nothing is too weird for the series — well, it might be, but Meyers and executive producer Will Arnett are happy to try it.

They’re not looking for the Kelly Clarksons and Carrie Underwoods of the world — they’re looking for “your weird uncle in the basement,” says Arnett.

Adds Meyers, “He can either sing opera, or he can use the spoons, or he can do both at the same time.”

They want people who will “fly their freak flag,” they told The Hollywood Reporter and three other outlets at a small press lunch. Says Arnett, “And we want them because it’s fun! We live in very serious times, seemingly, and we’re all kind of on the edge of our seats at all times and I think that we need this release. We’re like a release valve. We are the full-release massage of game shows. Can I say that?”

But it’s not a single strange act that adds to the weird, dreamlike vibe of the show. It’s several strange acts performing one after another. Says Meyers, “It’s in aggregate that you start to feel the fever dream of it. It’s not any one crazy act. It’s just that, ‘You found that many crazy acts?'”