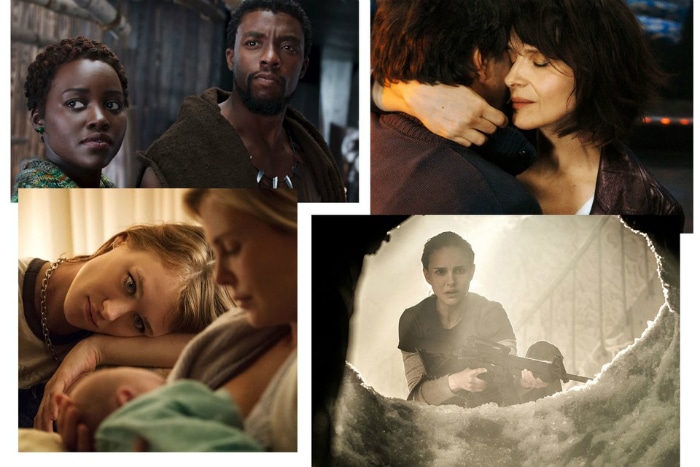 We’re six months into 2018, which means it’s time to take stock of everything we’ve seen so far this year—and determine which films released between January 1 and July 1 stand out most among the crowd.

Below, are Vanity Fair’s picks for the best 2018 has to offer, so far, presented in alphabetical order. (We’re not ranking them 1-10 just yet; we’ll save that for December.)

Alex Garland’s eerie, ambitious follow-up to his Oscar-winning Ex Machina perhaps got more attention for its tortured release—Paramount sloughed the film off to Netflix in all but a few countries—than for its content. Which is a shame, because there’s much to be admired in Garland’s dark and probing adaptation of Jeff VanderMeer’s hit novel. Annihilation is hard, weird sci-fi, a ponder of body and consciousness that scares in an immediate, jumpy sense, but more potently envelops the viewer in a primal dread that lingers. Alienly beautiful aesthetics—bodies morphed into ribboning plants, a lonely beach dotted with crystalline towers—are matched by dialed-in performances from Natalie Portman, Jennifer Jason Leigh, Tessa Thompson, Gina Rodriguez, and an arresting Tuva Novotny. Annihilation has an almost radioactive quality to it. To spend time close to it is to be altered by it, the mind whirring in new directions, toward troubling existential thoughts. —Richard Lawson

The obvious political and social triumphs of Ryan Coogler’s entry to the Marvel canon are enough to make it one of the most notable films of the year. Positioning an African superhero and his family and countrymen at the center of a big-budget spectacular, with a diverse array of talent behind the camera, Black Panther showed millions of people something they hadn’t seen before, an awfully late-arriving relief in a series that’s now 20-plus movies deep. In addition to important matters of representation, Black Panther succeeds purely as robust entertainment, giving us a comic-book story that is steeped in classical high-drama while mulling a political quandary bitingly pertinent to today. Michael B. Jordan makes for an arrestingly sympathetic villain, an abandoned son shaped by American inequality now looking for retribution that may be entirely just. The film also boasts a roster of dynamic female characters (played by Letitia Wright, Danai Gurira, Lupita Nyong’o, and Angela Bassett), which is an embarrassingly rare occurrence in blockbuster filmmaking. And it sets its scene—a secretive nation resplendent with futuristic technology considering its role in the world order—richly and thoroughly, reflecting a real world in which an American, superhero or otherwise, being the one to save anyone or anything seems less and less likely by the day. —Richard Lawson

Paul Schrader, the genius writer behind Taxi Driver, is back with another fiery masterpiece in the same mode: a strenuous tale of radicalism in the making. This time it’s a small-time preacher, Reverend Toller (Ethan Hawke), whose own spiritual despair gets a kick in the rear when the husband of one of his congregants takes his own life. The man was a radical environmental activist whose questions become Toller’s questions, and whose obsessions—with the impending planetary doom portended by centuries of environmental abuse, for one—become Toller’s obsessions. From this seed of a conflict, and with the aid of incredible supporting turns from Amanda Seyfried and Cedric Kyles (a.k.a. Cedric the Entertainer), Schrader spins a shocking, politically agonized descent into moral chaos. It’s one of the most surprising films of the year—and, so far, the best. —K. Austin Collins