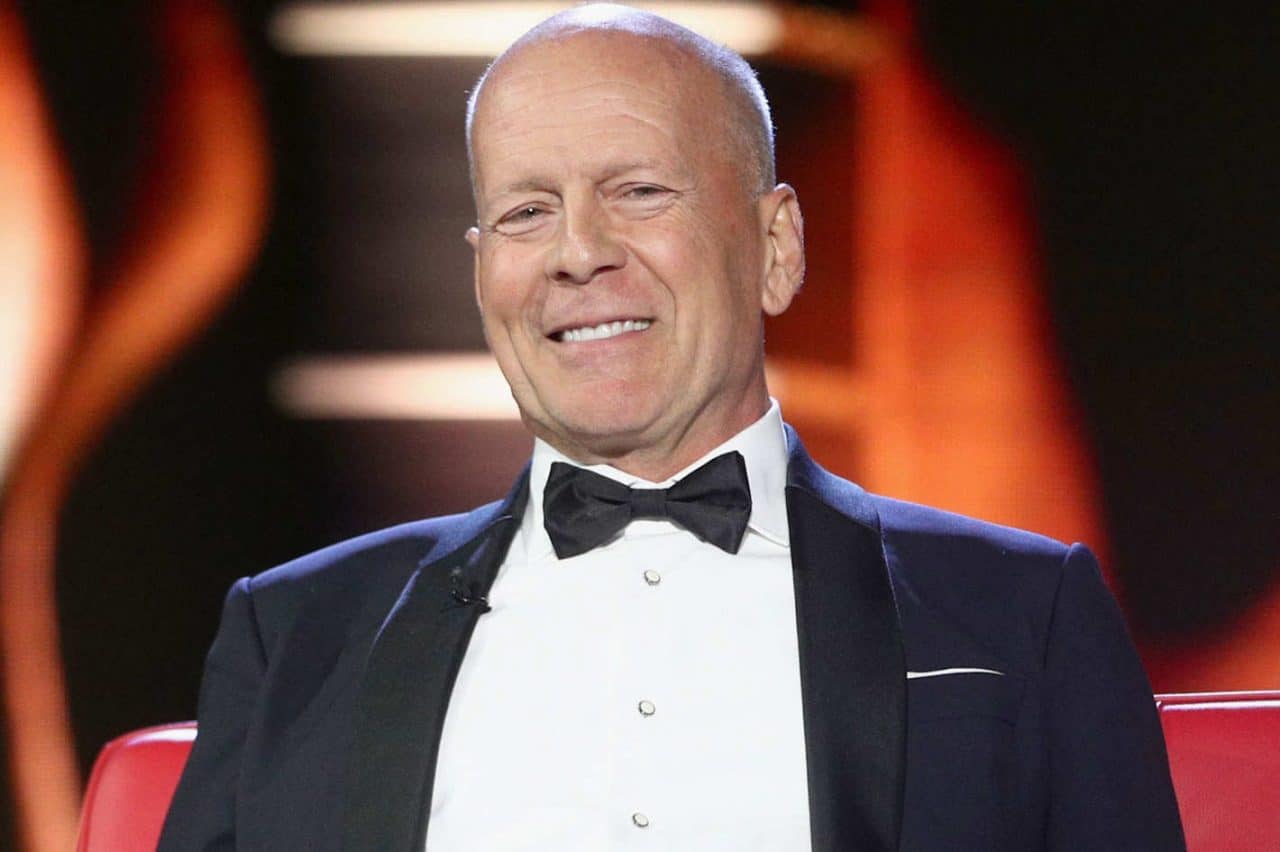 The Comedy Central Roast of Bruce Willis taping kicked off Saturday evening at the Hollywood Palladium theater with host Joseph Gordon-Levitt, who starred with Willis in 2012 sci-fi thriller Looper.

“What a career: The Fifth Element, The Sixth Sense, The Whole Nine Yards, Twelve Monkeys, zero Oscars,” Levitt began. Referring to the guest of honor’s 1998 divorce from actress Demi Moore, he assured Willis, “We want you to have a good time tonight. But don’t get too comfortable up here, because later we’re going to be replacing you with Ashton Kutcher.”

The Bruce Willis roast airs July 29 on Comedy Central. Among the unedited highlights:

1. Friars Club Roastmaster General Jeff Ross, a veteran of 13 prior Comedy Central roasts, arrived on the red carpet in full Kim Jong-un regalia with an entourage including a Kim Jong-un Mini-Me, two sexy militant attachés, and — as a nod to Willis film Pulp Fiction — his comedian cousin Ed Larson decked out in full bondage-gimp gear.

2. Nikki Glaser, a standout at 2016’s Roast of Rob Lowe, set a high bar up top, ribbing the evening’s host network: “Comedy Central has been so cool. They’re like, ‘You can say whatever you want … just obviously not the n-word: Netflix.’” As the industry laughter died down, she continued, “Is this going to be on Netflix? I want people to see it.” Glaser also added a current events twist when she thanked Martha Stewart for joining the dais, saying, “Seriously, congratulations on getting that Thai soccer team out of your vagina … and into your sweatshops.”

3. Moonlighting actress Cybill Shepherd, whom Levitt noted “has the distinction of being the first actress to hate working with Bruce Willis,” brought a southern drawl and political stance to the proceedings, telling Get Out actor Lil Rel Howery, “I’m glad you’re here, because I’ve been meaning to apologize for calling the police about your barbecue.” Praising Willis’s Moonrise Kingdom co-star Edward Norton, Shepherd noted, “I still think you should have won the Academy Award for playing a neo-Nazi in American History X. If you had done that movie today you would have not only gotten an Oscar, you would get a cabinet position in the White House.”

4. Norton, “slumming it” on Willis’s behalf, eschewed traditional jokes in favor of “a deep dissection of how a fucking bartender from New Jersey became such a big titty of a global movie star.” His backhanded career analysis wondered how he, a highly respected master of the craft, could be more like Willis, who makes millions cocking an eyebrow and saying “some cryptic shit that literally not one person in the room understands and have everyone laugh their asses off.”

“Can I say things like, ‘The #MeToo movement is ruining natural sexual dynamics,’ while I’m wearing a Make America Great Again hat and then go blow up a helicopter of Mexican extras dressed up as Middle Eastern terrorists, call that a twofer, and still have a bunch of liberal Hollywood agents call my agent the next morning and say they want to be in the Edward Norton business?” he asked. “I most definitely cannot.”

5. Ex-con Martha Stewart, whom Levitt claimed “worked her way through college as a model posing for cigarette ads and Michelangelo,” demurely proved Comedy Central correct in inviting her as a return roaster. She fearlessly bombarded the professional comedians present, suggesting Christopher Walken impersonator Kevin Pollak “take some of my Martha Stewart anti-aging cream and rub it vigorously into your act” and expressing disdain for flamboyant purple suits: “There are so many celebrities here tonight: men from movies, women from TV, and Lil Rel from, I’m guessing … the California Raisins?”

6. Where 2012’s Roast of Roseanne included a surprise appearance by Tom Arnold, Willis was surprised by a smoking-hot Demi Moore, who kept daughters Rumer, Scout, and Tallulah doubled over at an audience table below. The G.I. Jane actress earned a standing ovation by hinting that Willis slept with Harvey Weinstein to secure Pulp Fiction and blaming the demise of their marriage on Willis’s jealousy: “I just think Bruce never really got over the fact that I rocked the bald look better than he did. After our divorce he said that he considered the end of our marriage his biggest failure. But Bruce, don’t be so hard on yourself. You’ve had much bigger failures. I mean, Planet Hollywood, Hudson Hawk, Striking Distance, campaigning for Michael Dukakis, turning down Clooney’s role in Ocean’s 11 so you could focus on playing the harmonica …”

7. In the past, sports heroes Shaquille O’Neal and Peyton Manning fit in at respective roasts of Justin Bieber and James Franco. Not so for Willis. A questionably literate Dennis Rodman seemed befuddled by his teleprompter and oblivious about speaking directly into the microphone. For a painful 12 minutes he struggled with pronunciation, repeatedly flubbed lines, required numerous do-overs, and at one point stepped back to sniffle faux (?) tears over his admiration (?) for Willis. The audience grew restless and let loose a few boos when he brought up his affinity for North Korea’s dictator, telling Willis, “You keep making these bomb movies like Kim, but at least he is smart enough not to release his.”