The 50 Best Sci-Fi Shows of All Time 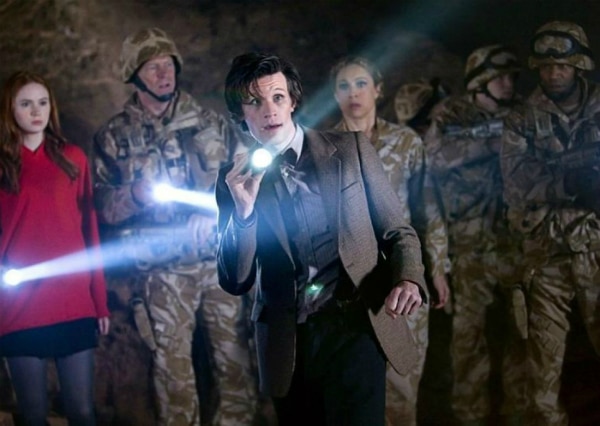 In the second half of 2009, two films about South Africa and Apartheid hit theaters: “Invictus” and “District 9.” The former was a biopic about the first post-Apartheid Rugby World Cup and the latter told of extraterrestrial refugees in camps in modern-day South Africa. “Invictus” took a soft-lens approach, focusing on an uplifting, unifying moment rather than the years of South African disgrace. But “District 9,” shielded by otherworldly unreality, could dig deep into the most appalling parts of a nation’s worst era.

The best sci-fi can use the cover of space, unrealized tech, or the future to tell the stories about ourselves we’re afraid to hear, and because of that, it’s often one of the best ways to understand an era. In 1961, Rod Serling’s TV show “The Twilight Zone” showed network viewers what happens to our ability to be civil in the face of nuclear fallout. By 1966, Gene Roddenberry was using “Star Trek” to explore how a nation can be a force for good without becoming imperialist. And by the 1990s, Chris Carter’s “The X-Files” was much more concerned with our own government’s overreach within the nation. These days, sci-fi asks and asks again, what will technology bring to our society?

Incredibly, Roddenberry’s “Star Trek,” like many on this list, was unsuccessful at the time, but clearly “Star Trek” built an army of devoted fans over time. These 50 shows rarely broke rating records, but those that loved them, loved them intensely — as evidenced by cosplay, conventions, letter-writing campaigns, and the mobs hounding McDonald’s for Szechuan sauce. These shows told stories about the future with vision, ambition, and many times, humor. Let’s boldly go from #50 to #1.

The 50 Best Sci-Fi Shows of All Time