Fox News has canceled “Lou Dobbs Tonight,” the program hosted by television’s staunchest supporter of Donald Trump and of his assertions of voter fraud in the 2020 election, The Times has learned. Dobbs’ program, which airs twice nightly at 5 and 7 p.m. Eastern on the Fox Business Network, will have its final airing Friday, […] 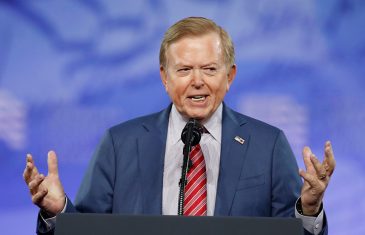 An executive from Fox Business Network said the cable outlet would pull from rotation a recent broadcast of “Lou Dobbs Tonight” featuring a guest making remarks about a “Soros-occupied State Department” that has spurred social-media pushback in the wake of Saturday’s shooting tragedy at a Pittsburgh synagogue. “We condemn the rhetoric by the guest on Lou Dobbs Tonight. This episode was […]