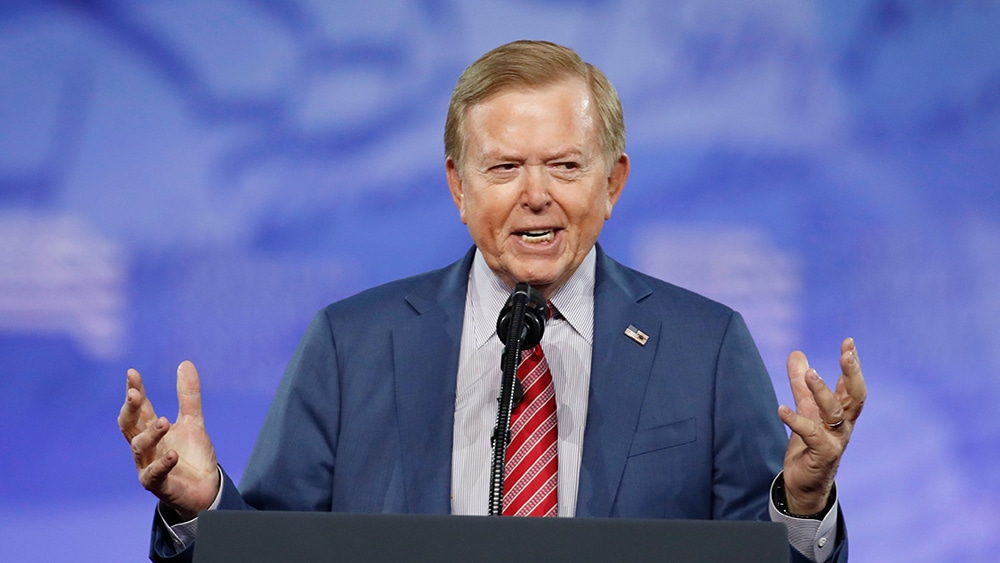 An executive from Fox Business Network said the cable outlet would pull from rotation a recent broadcast of “Lou Dobbs Tonight” featuring a guest making remarks about a “Soros-occupied State Department” that has spurred social-media pushback in the wake of Saturday’s shooting tragedy at a Pittsburgh synagogue.

“We condemn the rhetoric by the guest on Lou Dobbs Tonight. This episode was a repeat which has now been pulled from all future airings,” said Gary Schreier, senior vice president of programming at the 21st Century Fox-owned network, in a statement. The decision comes after Dobbs posted — and then deleted — two different tweets last week suggested recent bomb threat made to media outlets and Democrats were false.

On Thursday’s broadcast, Chris Farrell, a director of Judicial Watch, a conservative activist and watchdog group that investigates misconduct by government officials, suggested a caravan of migrants that has been traveling through South America to Mexico — and has been cited by President Donald Trump as a potential threat to the United States — was being funded by billionaire George Soros. Citations like that are typically meant to allude to Jews.

The broadcast did not get much reaction upon its original airing on Thursday, but after it re-ran Saturday night, it sparked new outrage on Twitter and social media. Many TV viewers were focused on the killing of 11 people at the Tree of Life synagogue in Pittsburgh.

Farrell is expected to no longer be booked to appear on Fox News Channel or Fox Business Network.

Producers and anchors at the two cable networks that make up the Fox News unit at 21st Century Fox have been under orders to be mindful of “protecting the talent, protecting the brand,”since June of 2018. At the time, Fox News CEO Suzanne Scott urged employees to clamp down on remarks and rhetoric that undermined the programming. Fox News has at times featured guests and hosts dismissing an account of a girl with Down’s Syndrome; taking aim at one of the high school students involved in the shooting tragedy in Parkland, Florida; and telling an African-American Democratic strategist that he was “out of his cotton-picking mind.”

Dobbs has enjoyed a second career of sorts at Fox Business, where he has been since 2011 after working at CNN for more than two decades in senior roles and as anchor of “Moneyline” and an earlier edition of “Lou Dobbs Tonight.” At Fox, his program airs at 7 p.m., and has become newly instrumental as a feeder of audience to a new Fox Business primetime lineup featuring Trish Regan and Kennedy. Fox Business has placed a new emphasis on live primetime programming. For a period of time, the network used pre-taped shows after 8 p.m.

Will WarnerMedia Deliver on Its Streaming Video Strategy?