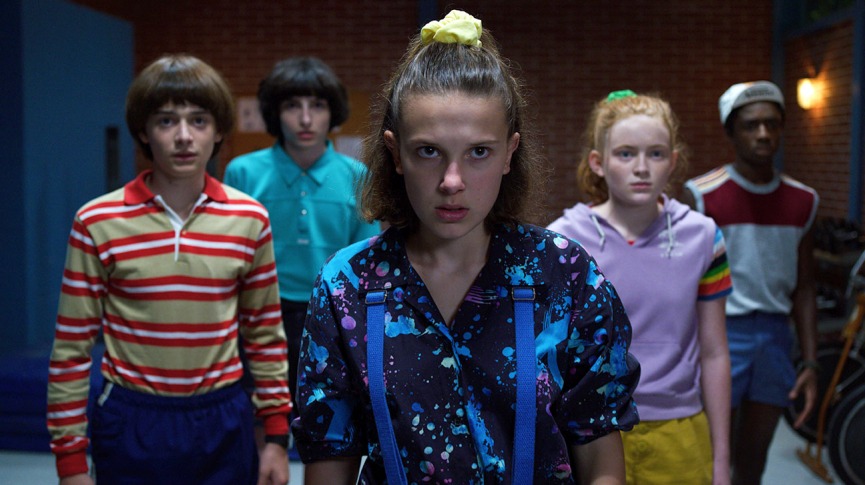 Prepare to say farewell to the Upside Down.

Netflix revealed early Thursday that Stranger Things will end with a newly announced fifth season. The streamer also set a release-date strategy for its long-awaited fourth season and hinted that an all-new Stranger Things series could be in the works.

“Seven years ago, we planned out the complete story arc for Stranger Things,” creators Matt and Ross Duffer wrote in an open letter to fans. “At the time, we predicted the story would last four to five seasons. It proved too large to tell in four but — as you’ll see for yourselves — we are now hurtling toward our finale.”

Netflix announced the premiere date for the 1980s-set sci-fi drama’s fourth season, which is being split into two parts. “Volume 1” of season four will debut May 27 (a whopping three years after season three aired). The second half of the fourth season, Volume 2, will debut July 1. It’s unusual for Netflix to slightly stagger the release of a single season of a drama series rather than doing its usual all-episodes-at-once drop strategy, and the Duffer brothers elaborated on the decision.

“It’s been a little while,” they wrote. “With nine scripts, over eight-hundred pages, almost two years of filming, thousands of visual effects shots and a runtime nearly twice the length of any previous season, Stranger Things 4 was the most challenging season yet, but also the most rewarding one. Everyone involved is incredibly proud of the results, and we can’t wait to share it with you. Given the unprecedented length, and to get it to you as soon as possible, Season 4 will be released in two volumes.”

The season’s marketing tagline: “Every ending has a beginning.”

Here’s the official description of season four: “It’s been six months since the Battle of Starcourt, which brought terror and destruction to Hawkins. Struggling with the aftermath, our group of friends are separated for the first time — and navigating the complexities of high school hasn’t made things any easier. In this most vulnerable time, a new and horrifying supernatural threat surfaces, presenting a gruesome mystery that, if solved, might finally put an end to the horrors of the Upside Down.”

Sources say production on season five has not yet begun, so an official timeline for when the drama starring Winona Ryder, David Harbour and Millie Bobby Brown will truly conclude remains to be determined.