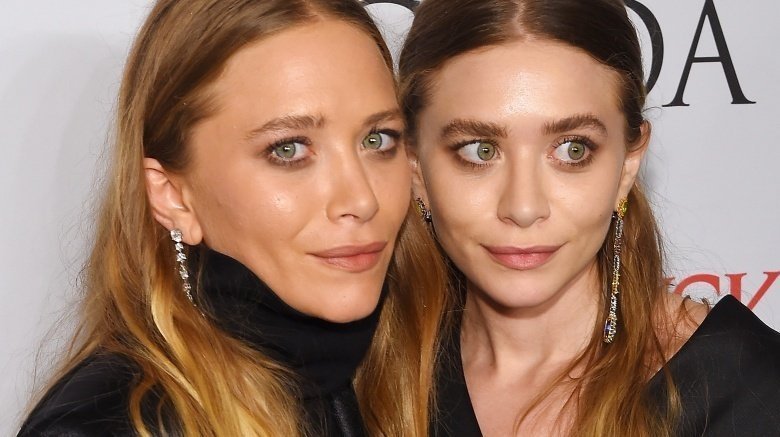 It kind of goes without saying that any hope for a normal life gets dashed for people who become millionaires before they can even walk, but Mary-Kate and Ashley Olsen, who famously portrayed Michelle Tanner on the smash sitcom Full House, cranked the dial on their wacky personal lives all the way up to 11.

With everything from their strange dating preferences, to some questionable business practices, to Mary-Kate’s still-unexplained connection to the death of Heath Ledger, the Olsen twins have led bizarre lives since leaving the TGIF lineup. Though they’ve found massive success in an entirely separate business — the fashion world, and they’ve also become increasingly reclusive. And they don’t smile. But we’re getting ahead of ourselves here. There’s a lot to unpack when it comes to the mysterious world of the Olsen twins, so let’s dive right in and find out just how peculiar Mary-Kate and Ashley’s lives have become.

Yeah, Mary-Kate and Ashley made a lot of money splitting the role of Michelle Tanner on Full House (1987-1995), but they continued to rake in beaucoup bucks when the popular sitcom ended. Their net worth in 2018 was an estimated $400 million combined. How have these child stars remained rich when so many of their peers have struggled?

The twins earned much of their fortune making unintentionally laughable direct-to-video movies — 45 to be exact, according to Elle. Their most famous film, New York Minute (2004), earned a dismal 11 percent rating on Rotten Tomatoes – and the bulk of those percentage points are probably owed to co-star Eugene Levy — yet none of that stopped the movie from collecting more than $21 million worldwide. It’s the same for much of their video oeuvre, which was largely ignored by critics. However, their 1995 collaboration with Steve Guttenberg and Kirstie Alley, It Takes Two, did garner enough attention to pull in 8 percent rating on Rotten Tomatoes.

In spite of all the critical panning, Elle claims that the twins’ film career raked in a startling $750 million dollars. Call us crazy, but we’d trade in every bad review ever written in exchange for that kind of scratch.