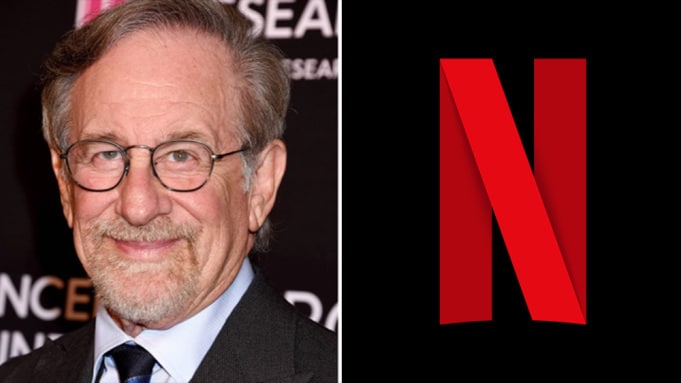 What a difference two years and a global pandemic make. Steven Spielberg, who a couple of years ago was quoted — his camp maintains he never said it or anything he might have said was severely taken out of context — drawing a clear line between theatrically released films and streamer films, has berthed his Amblin Partners into a partnership with Netflix that will cover multiple new feature films per year. It shows once again the Netflix-led progress toward dissolving the lines between streamed and theatrical films and symbolically it is a big deal for Netflix’s Ted Sarandos and Scott Stuber.

The Netflix deal will co-exist side by side with the one Spielberg and Amblin have at Universal Pictures. Neither will have first shot at Amblin properties; Spielberg will make some films for Universal, and others to be made for Netflix. The expectation is that Amblin will generate multiple films per year for Netflix, which has a voracious appetite for content and releases a new film per week. Amblin’s Universal deal was extended last December, at which time comments reflected the possibility that a streaming deal might be in the offing.

The two companies have been collaborating for some time in an informal capacity. Netflix released the Amblin-produced, Aaron Sorkin-directed The Trial of the Chicago 7, a film that garnered six Oscar nominations. Netflix stepped up to acquire to finance and distribute Maestro, the film that Bradley Cooper is directing and starring in on the iconic composer Leonard Bernstein. That film is in pre-production.

Said Amblin Partners chairman Spielberg on Monday in a statement: “At Amblin, storytelling will forever be at the center of everything we do, and from the minute Ted and I started discussing a partnership, it was abundantly clear that we had an amazing opportunity to tell new stories together and reach audiences in new ways. This new avenue for our films, alongside the stories we continue to tell with our longtime family at Universal and our other partners, will be incredibly fulfilling for me personally since we get to embark on it together with Ted, and I can’t wait to get started with him, Scott, and the entire Netflix team.”

Netflix Co-CEO and chief content officer Sarandos called Spielberg “a creative visionary and leader and, like so many others around the world, my growing up was shaped by his memorable characters and stories that have been enduring, inspiring and awakening. We cannot wait to get to work with the Amblin team and we are honored and thrilled to be part of this chapter of Steven’s cinematic history.”