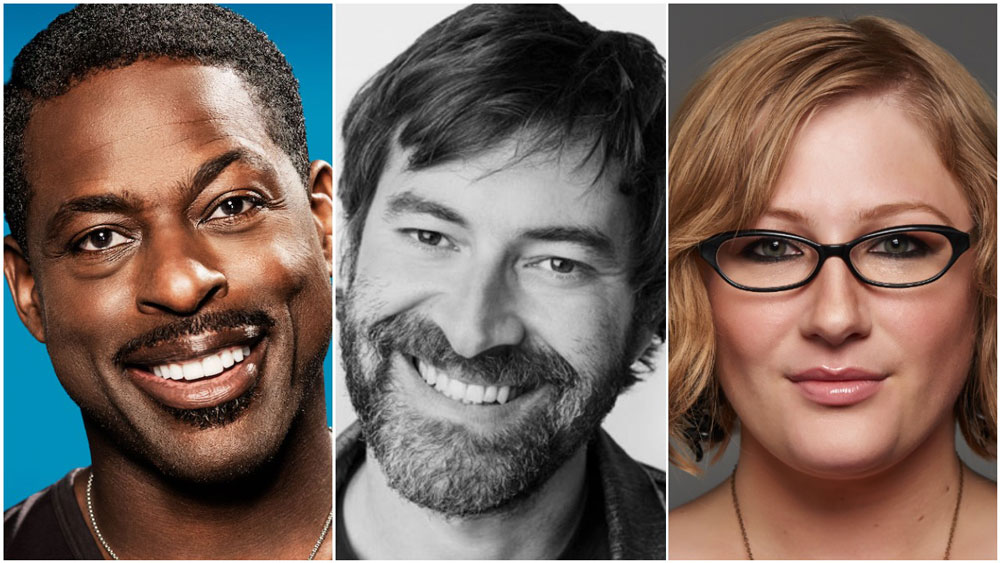 The mysterious movie marks Eslyn’s feature directorial debut. Production on “Biosphere” — written by Eslyn and Duplass — has wrapped, with details of the project’s plot being kept secret.

The new movie is produced by Duplass Brothers Productions and Zackary Drucker, who previously co-directed the Duplass Brothers-produced docuseries “The Lady and the Dale.” ICM Partners is handling worldwide sales for the project.

Eslyn, who was named president of Duplass Brothers Productions in 2017, is the veteran producer behind movies and television series that include “The One I Love,” “Outside In” and “Paddleton.” She also directed three episode of the HBO anthology show “Room 104” and produced the series in its entirety.

Brown is a two-time Emmy winner, best known for his work on NBC’s “This Is Us,” for which he earned his fifth consecutive Emmy nomination earlier this year. Brown is also Emmy-nominated in the outstanding narrator category for CNN’s six-part docuseries “Lincoln: Divided We Stand.” In addition to his award-winning television performances in FX’s “The People v. O. J. Simpson: American Crime Story” (Brown won his first Emmy for his portrayal of prosecutor Christopher Darden), “The Marvelous Mrs. Maisel” and “Brooklyn Nine-Nine,” his film credits include Marvel’s “Black Panther,” “Waves” and “Frozen 2.” The actor recently wrapped production on the indie film “Honk for Jesus, Save Your Soul,” which he is also producing under his Indian Meadows Productions banner and also has an action-comedy in the works with Randall Park for Amazon Studios. Variety also exclusively announced that Brown is set to star in the Amazon action film “Coyote Blue,” from director Hanelle M. Culpepper and “John Wick” screenwriter Derek Kolstad.

Duplass will next appear in Season 2 of Apple TV Plus’ “The Morning Show,” for which he earned a supporting actor Emmy nomination in 2020. He is also an Emmy winner for executive producing the Netflix docuseries “Wild Wild Country.” The prolific actor, filmmaker and producer was also one of the stars of the acclaimed HBO series “Togetherness,” which he co-created with his brother Jay. Duplass’ on-screen feature film credits include “The Puffy Chair” (which he co-wrote and co-directed), “Humpday,” “Your Sister’s Sister,” the Oscar-winning “Zero Dark Thirty,” “The One I Love,” “Safety Not Guaranteed,” “Bombshell,” “Paddleton” and the “Creep” horror franchise.

Mark and Jay Duplass founded Duplass Brothers Productions in 1996 to create, alongside Eslyn, original projects for film, television and digital media. Under DBP’s first-look deal with HBO, the company has created hit series that include “Room 104,” “Togetherness” and the animated show “Animals.” Other recent projects include HBO’s “The Lady and the Dale”; Natalie Morales’ directorial debut, “Language Lessons” (which Duplass co-wrote and also stars in); the documentary “Not Going Quietly” about activist Ady Barkan; and the upcoming Hulu docuseries “Sasquatch” (which airs this spring).