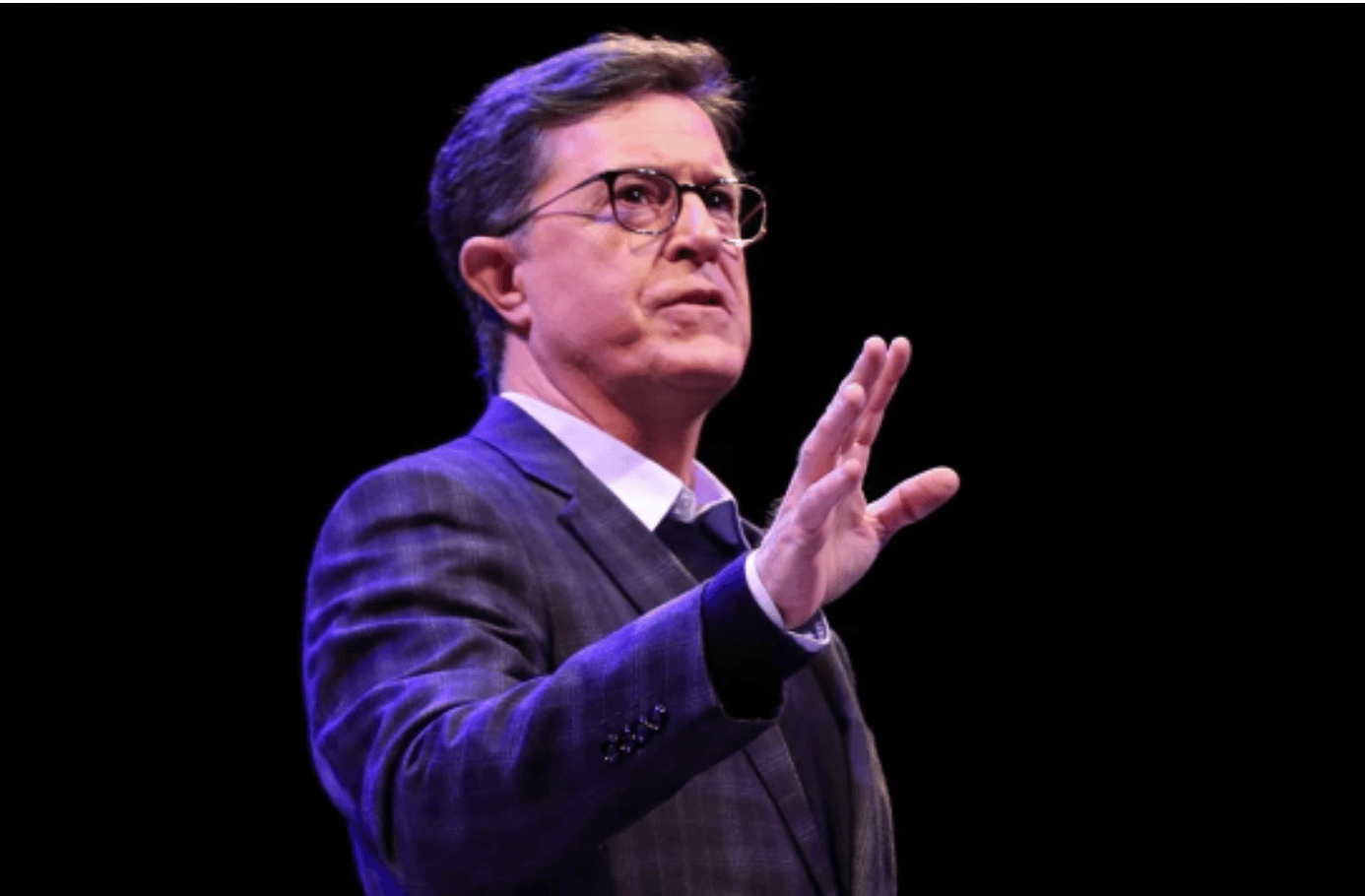 On CBS’ Late Show Monday, Stephen Colbert addressed the arrests of members of his production team at a U.S. Capitol office building last week. Among those arrested was Robert Smigel, the longtime Saturday Night Live and Late Night writer who has appeared on Colbert’s show in character as Triumph the Insult Comic Dog on a handful of occasions.

Colbert began his monologue by explaining what happened, outlining what his crew were up to, where they were and who they spoke to, emphasizing they had permission to be there. “After they finished their interviews, they were doing some last-minute puppetry and jokey make-em-ups in a hallway, when Triumph and my folks were approached and detained by the Capitol police — which actually isn’t that surprising,” Colbert continued, adding that the Capitol police were much more cautious after the Jan. 6 incident.

“The Capitol police are much more cautious than they were, say, 18 months ago, and for a very good reason. If you don’t know what that reason is, I know what news network you watch,” Colbert said.

Colbert then referenced Fox News’ coverage of the incident, which described the incident as an insurrection. “First of all: what? Second of all: huh? Third of all, they weren’t in the Capitol building!”

He continued, “Drawing any equivalence between rioters storming our Capitol to prevent the counting of electoral ballots and a cigar-chomping toy dog is a shameful and grotesque insult to the memory of everyone who died.”

Colbert’s comments came just a few days after 7 members of Colbert’s team, including Smigel, were arrested at the Longworth House Office Building after it had closed for the evening. The team had been recording interviews with members of Congress earlier in the day.

“Their interviews at the Capitol were authorized and pre-arranged through Congressional aides of the members interviewed,” a CBS spokesperson said. “After leaving the members’ offices on their last interview of the day, the production team stayed to film stand-ups and other final comedy elements in the halls when they were detained by Capitol Police.”