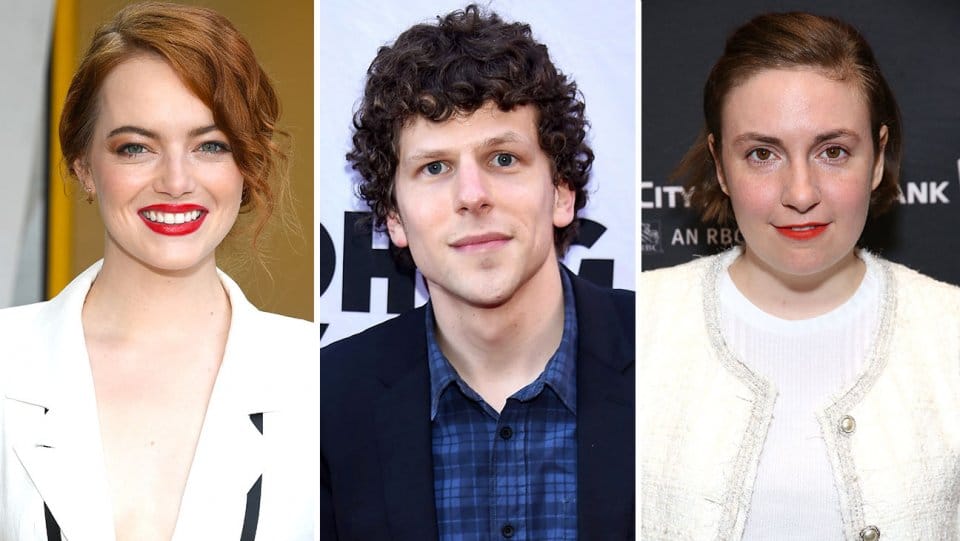 Approximately 18 percent of American adults deal with anxiety, including a number of Hollywood stars and entertainment industry figures.

While an omnipresent stigma has kept many famous faces from sharing their mental health struggles, more and more stars have come forward in recent years, with Ryan Reynolds and Carson Daly among the notable names speaking out just in the past few months.

Emma Stone, Lena Dunham and Jesse Eisenberg have teamed up with the Child Mind Institute to promote a series of PSAs on mental health. In the videos, a number of Hollywood stars share their experiences with mental illness, encouraging those suffering from anxiety disorders to seek treatment. Others have taken to their personal platforms to tell their stories, often in an effort to dispel any taboos that surround the topic.

With Hollywood in its own age of anxiety, read on to see how some of the industry’s stars deal with their own psychological issues.

For the first 15 years of her career, the actress kept her struggles with anxiety and depression out of the public eye. In a 2016 personal essay published by Motto, Bell finally opened up about dealing with mental illness while in drama school.

“I was at New York University, I was paying my bills on time, I had friends and ambition — but for some reason, there was something intangible dragging me down,” the actress wrote. “Luckily, thanks to my mom, I knew that help was out there — and to seek it without shame.”

In her PSA for the Child Mind Institute, Bell warns of social media as it can distort reality.

“Don’t be fooled by this game of perfection that humans play,” the actress says in the video. “Because of Instagram and magazines and TV shows, they strive for a certain aesthetic, and everything looks so beautiful, and people seem like they don’t have any problems, but everyone’s human. Everyone has problems.”

The Crazy Ex-Girlfriend actress faced some of her worst bouts of anxiety during the early stages of the CW series, which she also created and produces. In a personal essay published in Glamour, Bloom discusses the anxiety that consumed her while she was pitching the pilot to networks.

“I have anxiety about anxiety, then I worry the anxiety will ruin my life. It’s a snake-eats-tail loop,” she wrote. “But in opening up to others, I found a lot of people have felt the same way.”

Crazy Ex-Girlfriend has been praised for its depiction of characters managing mental illness. Like her character on the show, Bloom attends therapy and says she finds meditation most helpful in balancing her anxiety.