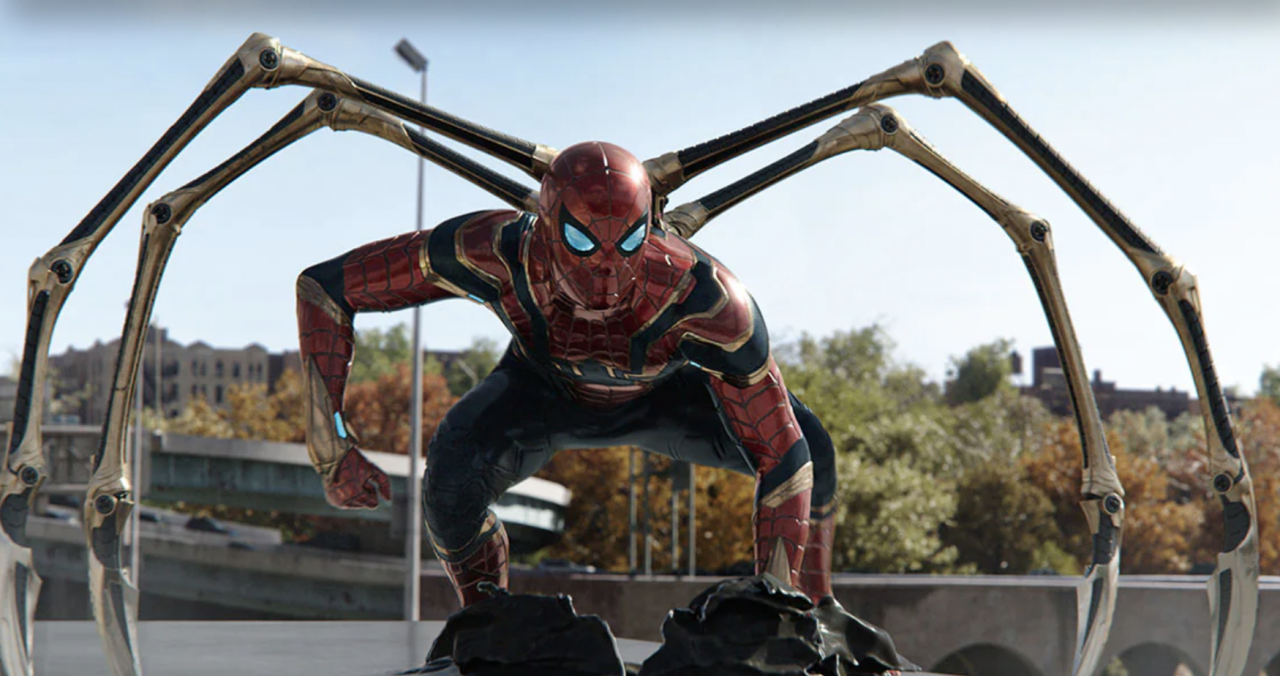 Sony/Marvel Studios’ “Spider-Man: No Way Home” continued to climb up the all-time box office charts on New Year’s weekend, adding $54 million to its domestic total to rise above $600 million.

That puts the web-filled crossover blockbuster among the Top 10 films highest grossing films ever in North America, passing the $608.5 million total of “Incredibles 2” with $611 million grossed so far. On Monday, the film will likely climb to the No. 8 spot as it passes the domestic totals of “Star Wars: The Last Jedi” and “The Avengers.”

Superhero films — and Marvel films specifically — have long been the core pillar of the box office. But in a pandemic year in which moviegoers 18-35 have taken up an even larger share of the audience and films for older audiences have struggled, comic book domination has become even stronger. Alone, “Spider-Man: No Way Home” accounts for 12% of the $4.45 billion overall domestic total in 2021.

When “Spider-Man: No Way Home” is combined with the four other Marvel films that came out this past year — including Sony’s non-MCU title “Venom: Let There Be Carnage” — the franchise’s share of the domestic market soars to 30%, higher than the market share for any studio in 2021. By comparison, in 2018, the year that “Avengers: Infinity War” and “Black Panther” came out, Marvel films accounted for around 18% of the overall domestic total.

Outside of Marvel world, Universal/Illumination’s “Sing 2” remains the only Christmas release to make any significant impact on the box office, adding $19.4 million in its second weekend for a total of $89.7 million domestic and $144.5 million worldwide. This week, the film will become the first animated release since the pandemic began to cross $100 million in North America, and in doing so it will pass Disney’s “Encanto,” which currently stands as the top animated film at the box office with $91 million.