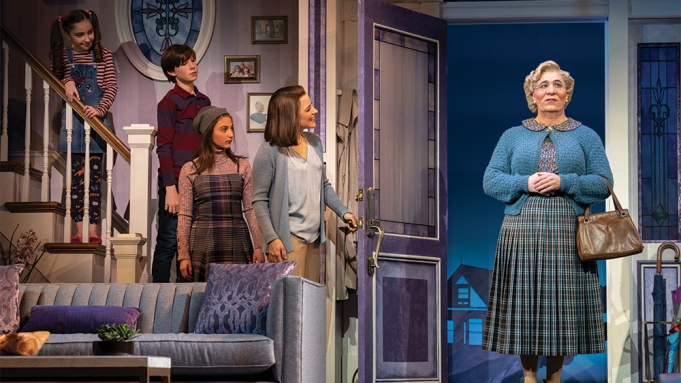 The producers of “Mrs. Doubtfire” will suspend performances of the musical until March 14 as the show struggles to find a way to survive during a resurgence of COVID-19 that has imperiled Broadway’s tentative recovery. The show’s producers didn’t mince words when they described the financial stakes that lie at the heart of their dramatic decision to take a nine-week hiatus.

“The first few months of a brand new Broadway show are an extraordinarily delicate and important period of time. With the pervasiveness of the omicron variant of COVID-19, ‘Mrs. Doubtfire’ would have to close permanently if the production didn’t take drastic, pro-active measures,” Kevin McCollum, a producer on the show, said in a statement.

New York City is grappling with record cases of COVID-19 driven by the emergence of the highly contagious omicron variant. With the public health crisis worsening, Broadway has begun to sink under the weight of cancelled shows and skittish tourists. Last month, five Broadway shows — a group that includes “Waitress,” “Jagged Little Pill,” “Thoughts of a Colored Man,” “Diana” and “Ain’t Too Proud” — announced they would close for good. Several other shows such as “The Music Man” and “Hamilton” have had to cancel performances due to breakthrough cases of COVID in their companies. “Mrs. Doubtfire” also was forced to cancel shows due to positive tests.