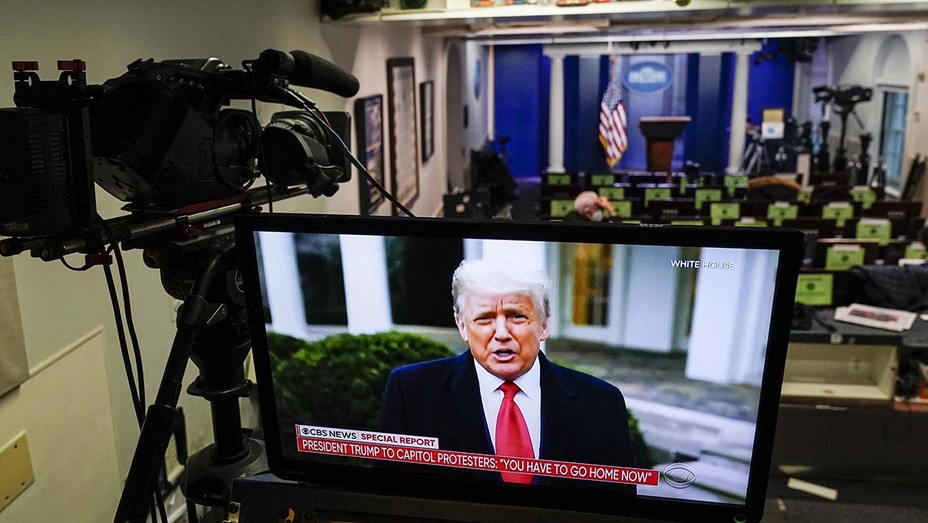 YouTube, Facebook and Twitter have removed a video that President Donald Trump released as his supporters stormed the Capitol building and disrupted the Electoral College vote count.

In the video, posted on social media platforms on Wednesday afternoon, Trump told the rioters to “go home now” while reiterating the false claim that the 2020 election was stolen from him.

The New York Times earlier reported that YouTube and Facebook had taken the video down. But the removal from the three major social media platforms didn’t stop it from being widely viewed. Twitter, in particular, kept the video up on its platform for more than two hours, allowing it to rack up 13 million views. The social network had affixed a label on the Trump tweet containing the video, that includes the messaging, “This claim of election fraud is disputed.” It has also disabled replies, retweets and likes on the tweet “due to a risk of violence.”

Guy Rosen, vp of integrity at Facebook, tweeted that the company removed the video “because on balance we believe it contributes to rather than diminishes the risk of ongoing violence.”

Earlier in the day, Twitter a Twitter spokeswoman told The Hollywood Reporter, “In regard to the ongoing situation in Washington, DC, Twitter’s Trust & Safety teams are working to protect the public conversation occurring on the service and will take action on any content that violates the Twitter Rules.”

Users of the social platforms have called on the tech giants to shutter Trump’s account entirely amid the chaos on Capitol Hill. Sacha Baron Cohen specifically called on Facebook CEO Mark Zuckerberg, Twitter CEO Jack Dorsey, YouTube CEO Susan Wojcicki and Google CEO Sundar Pichai to ban Trump from their platforms, writing that “Donald Trump just incited a violent attack on American democracy. Is that FINALLY [sic] enough for you to act?!” Other Hollywood figures who have weighed in include Josh Gad and Sarah Silverman.