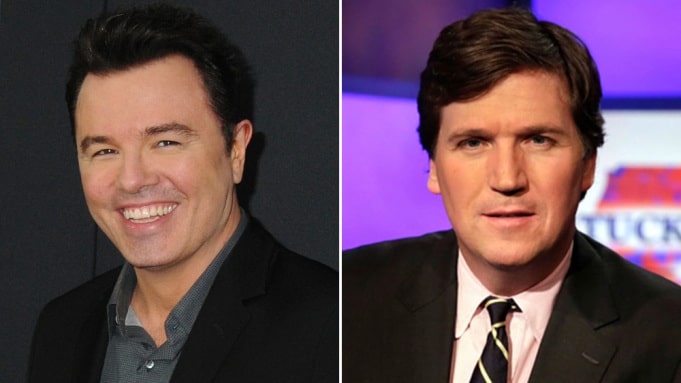 Seth MacFarlane once again took extreme displeasure in comments made by a host of Fox News, another episode in a long saga between the Family Guy creator and Fox News corporate sibling Fox Entertainment, which airs his long-running animated series Family Guy.

“Tucker Carlson’s latest opinion piece once again makes me wish Family Guy was on any other network,” MacFarlane tweeted Sunday. “Look, Fox, we both know this marriage isn’t working any more. The sex is only once a year, I don’t get along with your mother, and well… I’ve been having an affair with NBC.”

The last line is a reference to the mega TV overall deal MacFarlane made in January 2020 with NBCUniversal’s UCP, leaving his longtime studio home, then-20th Century Fox Television.

This is not the first time MacFarlane has publicly aired grievance with Fox News. On June 2018, he tweeted he’s “embarrassed” to work for Fox after Tucker Carlson told his viewers to ignore other news sources. On April 2020, after Fox News host Laura Ingraham wrote, “The Washington Post is rooting for the shut down to continue indefinitely,” the Ted writer-director responded, “I really cannot fathom that we produce content for the same corporation.”

MacFarlane’s Family Guy has been renewed through Season 21 season by Fox. He also is the creator of The Orville, which previously aired on Fox and moved to Hulu, and American Dad, which aired on Fox for its first 11 seasons, then moved to TBS, where it is currently renewed through season 19.