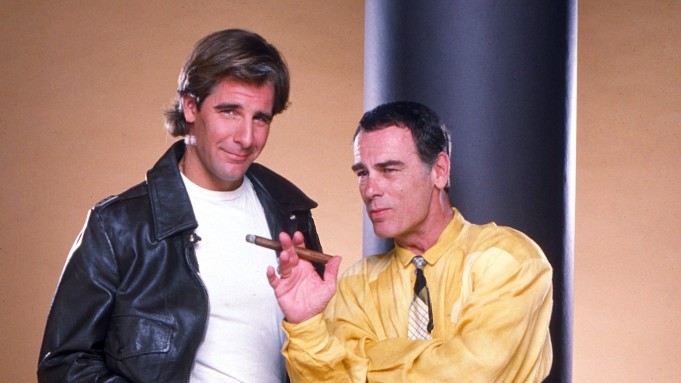 Actor Scott Bakula says “significant conversations” are happening about the possibility of a reboot of his early ’90s sci-fi series Quantum Leap, though whatever talks are happening seem to be in the very early stages.

On the podcast Bob Saget’s Here For You yesterday, guest Bakula suggested that the 1989-93 NBC fantasy series – in which his character time-hopped through various eras by “leaping” into the bodies of other people – could see a new day yet again, though fans probably shouldn’t expect anything too soon.

Bakula told Saget, “There are very significant conversations about it right now going on. I don’t know what it would be. I don’t know who would have it. The rights were a mess for years. I don’t know if they’re even sorted out now. That’s always been the biggest complication.”

In the series, Bakula played physicist and inadvertent time-traveler Dr. Sam Beckett, while Dean Stockwell played Admiral Al Calavicci, who appeared as a hologram as he helped guide Beckett through the weekly adventures. Produced by Universal TV, the series ran on NBC from March 1989 through May 1993.

Bakula said he has spoken occasionally to series creator Donald P. Bellisario over the years about a potential comeback, “and he would always say, ‘I can’t write it without thinking of you and Dean.’” To which the actor would respond, “Just think about me and Dean and write your show. Get it out there. If you have an idea, just write it. I am sure it will be great. I don’t know what that idea would be if we did.”

Asked by Saget why Bakula and Stockwell can’t do the show “now,” Bakula quips, “Dean costs too much money.”

The Quantum Leap star popped up on TV earlier this week, when he took part in a comedy sketch on the Emmys broadcast in which he played himself in a support group for actors who had never won an Emmy.