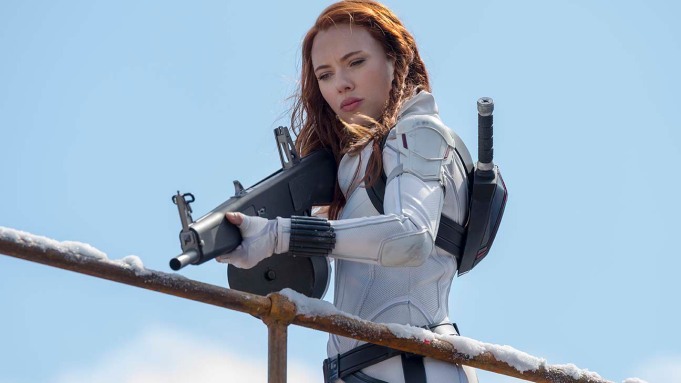 Scarlett Johansson and Disney have settled a breach of contract lawsuit over the star’s Black Widow payday, a source tells The Hollywood Reporter. Terms of the deal were not disclosed.

The explosive suit, filed by the actress in July in Los Angeles Superior Court, claimed that the studio sacrificed the film’s box office potential in order to grow its fledgling Disney+ streaming service. Disney countered that Johansson was paid $20 million for the film.

The settlement brings to a close a back-and-forth PR battle that pitted the CAA-repped star vs. the studio for the past two months and was poised to have dramatic implications for Hollywood’s major studios. Johansson’s cause received support in the industry as talent and executives — including Jamie Lee Curtis, Marvel’s WandaVision star Elizabeth Olsen and mogul Jason Blum — spoke out on her behalf.

At the time of the complaint, a Disney spokesperson said, in part, “The lawsuit is especially sad and distressing in its callous disregard for the horrific and prolonged global effects of the COVID-19 pandemic.” CAA co-chairman Bryan Lourd shot back that Disney “shamelessly and falsely accused Ms. Johansson of being insensitive to the global COVID pandemic, in an attempt to make her appear to be someone they and I know she isn’t.”

In her complaint, Johansson said the Marvel tentpole had been guaranteed an exclusive theatrical release when she signed her deal. She alleged that her contract was breached when the film was simultaneously released on Disney+.

As the coronavirus pandemic wreaked havoc on Hollywood over the past 18 months, Black Widow was one of many big-budget movies including Warner Bros.’ Wonder Woman and Disney’s Cruella and Jungle Cruise that bowed simultaneously on streaming and in theaters. But to date, Johansson is the only major movie star to sue. She claimed that Disney sacrificed Black Widow’s box office potential in order to grow its streaming service.

“Why would Disney forgo hundreds of millions of dollars in box office receipts by releasing the Picture in theatres at a time when it knew the theatrical market was ‘weak,’ rather than waiting a few months for that market to recover?” the complaint asked. “On information and belief, the decision to do so was made at least in part because Disney saw the opportunity to promote its flagship subscription service using the Picture and Ms. Johansson, thereby attracting new paying monthly subscribers, retaining existing ones, and establishing Disney+ as a must-have service in an increasingly competitive marketplace.”