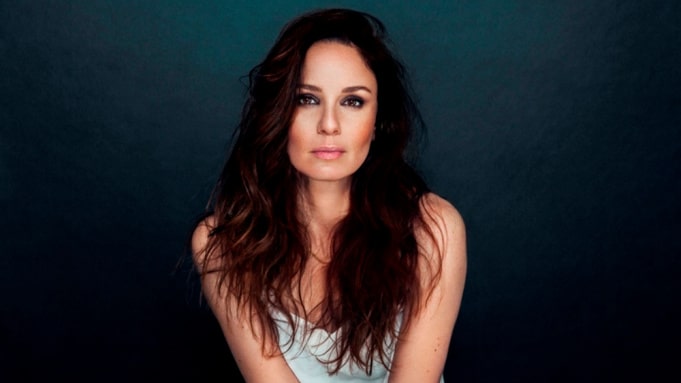 Callies has written, directed and will star in post-apocalyptic series Aftershock, which she first teased last summer at the virtual TCA press tour.

The Walking Dead star co-created the series with her Nomadic Engine partners, Patrick Carman and Ben Haber. The series, which will launch on July 14 via iHeartMedia, is co-produced by Salmira Productions.

Aftershock takes place in the wake of the largest earthquake in US history. Los Angeles lies in ruins, hundreds of thousands of people are dead or unaccounted for, and a mysterious island has risen up in the quake just off the coast of the city. Cassie Wallace (Callies) and Wayne Sharpe (Harbour) embark on the dangerous journey to the island to save her daughter who is stranded there – but they are not alone. Doomsday preppers, indigenous activists and a utopian cult all arrive to claim their piece of the new island – and then people start dying. Told through flashbacks and unreliable narrators during an investigation weeks after the quake, Aftershock starts as a series of simple questions and, as we realize no one on the island is who they seem to be, it ends as a national emergency.

“It’s been wild, making ‘Aftershock’ – recording in the pandemic – everyone gave their whole hearts, it was amazing. That kind of support from actors I’ve worked with my whole career – to come in for basically no money and do such brilliant work to support this thing, that means so much to me, it was deeply moving.  ‘Aftershock’ is the first thing I’ve written, directed, produced and starred in, and I’m so grateful to this cast – and the entire creative team from iHeartRadio to Salmira and all of the producers – for bringing this story to life,” she added.