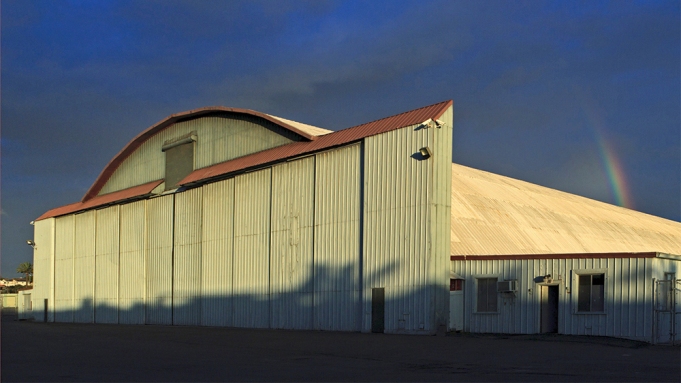 The Screen Actors Guild is making at least one major change to its awards as it prepares to return to a live, in-person event: A major venue switch. After being based at Los Angeles’ Shrine Auditorium and Expo Hall since 1997, the 28th annual event is moving to Santa Monica’s Barker Hangar.

According to SAG Awards executive producer Jon Brockett, the decision to decamp for Santa Monica was a way to shake things up after being in the same facility for so long.

“We chose Barker Hangar because it’s a blank canvas,” he says. “We can create anything we want in this vast space that could accommodate all our needs including our carpet, showroom and post-awards gala.”

Located next to Santa Monica Airport, the 35,000-square-foot Barker Hangar is already a popular venue for awards shows, having housed the People’s Choice Awards, Critics Choice Awards, MTV Movie Awards, the NBA Awards and many more over the years.

“There is a ton of opportunity in this space since there is no existing architecture or design to compete with,” Brockett says. “We’re taking full advantage of that and going with a more top to tail, all-encompassing and experiential feel for the guests, which we are really excited to reveal in the coming months.”

This isn’t the first time the SAG Awards have been held in Santa Monica, however: The second-ever ceremony, held in 1996, took place at the Santa Monica Civic Auditorium.

Beyond the venue, the SAG Awards hasn’t disclosed much of its plans for this next show — other than that it will take place 5 p.m. PT Feb. 27 and will once again be simulcast on both TNT and TBS. It’s unclear whether there will be a host; the SAG Awards traditionally went without one, until 2018, when Kristen Bell took the gig. Megan Mullally hosted in 2019, and then the 2020 show again went without a host (relying on Eugene Levy and Dan Levy to open the show).

The upcoming ceremony is also expected to return to its two-hour form, after 2021’s virtual event. That telecast, which aired April 4, wound up being produced as a one-hour, pretaped special. Under executive producers Todd Milliner, Kathy Connell and Sean Hayes, the show relied on pre-taped bits, and nominated actors were brought together in Zoom-like virtual rooms to give their acceptance speeches.