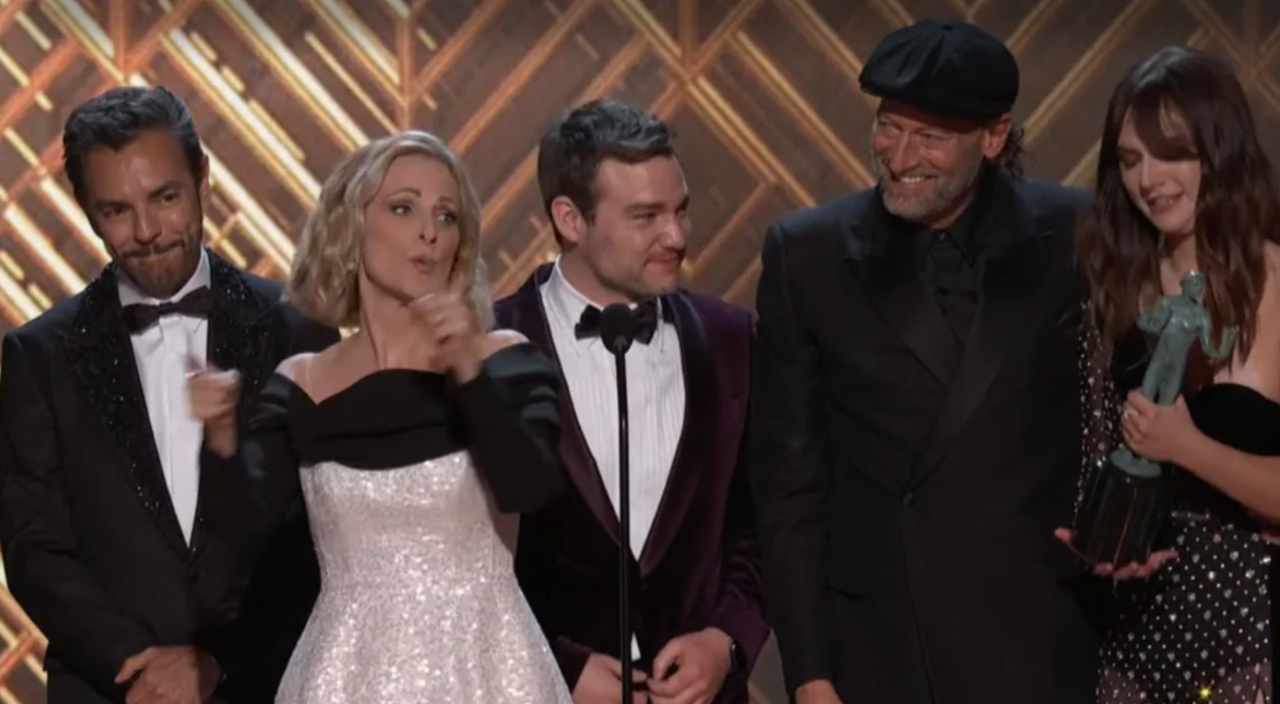 The 2022 SAG Awards took place on Sunday, where “CODA” won the top prize in the film categories in a landmark for deaf performers.

In the film categories, the deaf cast of “CODA” won Outstanding Performance by an Ensemble in a Motion Picture. Will Smith won the lead actor prize for “King Richard,” Jessica Chastain won the leading actress prize for “The Eyes of Tammy Faye,” Ariana DeBose won in the female supporting role category for her work in “West Side Story,” and Troy Kotsur became the first deaf actor to win a SAG Award for his work in “CODA.”

The show didn’t have a host for the third year in a row. However, “Hamilton” stars Lin-Manuel Miranda, Daveed Diggs and Leslie Odom Jr. opened the ceremony.

(Excerpt) Read more and see a list of Winners in: The Wrap