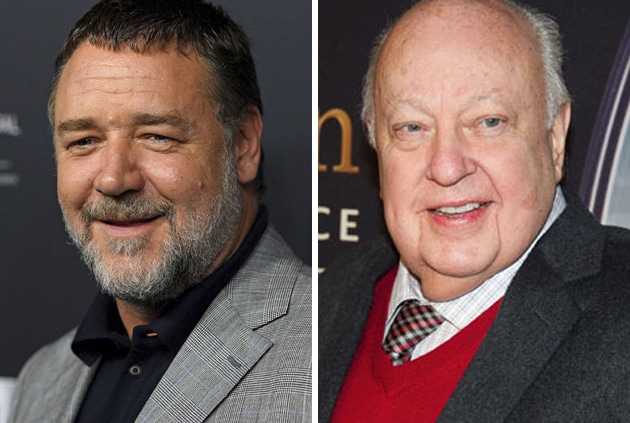 Showtime has given an eight-episode order to a limited series about Roger Ailes, with Oscar winner Russell Crowe set to star as the controversial Fox News founder in his US television debut.

The as-yet untitled series (fka Secure and Hold: The Last Days of Roger Ailes), a Blumhouse Television and Showtime co-production, is based on Gabriel Sherman’s bestselling book The Loudest Voice in the Room and his extensive reporting for New York magazine about the sordid allegations of sexual harassment that prompted the late Ailes’ ouster at Fox News. Sherman co-wrote the initial episode with Spotlightwriter Tom McCarthy, who will executive produce with Jason Blum.

Showtime landed the Roger Ailes limited series for development in April 2017, a month before Ailes’ death.

“In many ways, the collision between the media and politics has come to define the world we live in today,” said David Nevins, President and CEO, Showtime Networks. “We’ve seen this phenomenon depicted on screen as far back as the story of Charles Foster Kane, and it finds contemporary embodiment in the rise and fall of Roger Ailes. With Russell Crowe in the lead role, this limited series promises to be a defining story for this era.”

The Roger Ailes limited series was one of the first homegrown projects for Blumhouse’s independent TV studio, which launched with an ITV Studios investment shortly after the company had acquired the rights to Sherman’s book last year. Blumhouse attached McCarthy, an old friend of company principal Jason Blum, before setting the project up at Showtime. The greenlight comes after a small writers room led by McCarthy shaped up the series and produced multiple scripts.

According to the producers, telling the story of Ailes, who molded Fox News into a force that irrevocably changed the conversation about the highest levels of of government, will help understand the events that led the rise of Donald Trump. The series focuses primarily on the past decade in which Ailes arguably became the Republican Party’s de facto leader, while flashing back to defining events in Ailes’ life, including an initial meeting with Richard Nixon on the set of The Mike Douglas Showthat gave birth to Ailes’ political career and the sexual harassment accusations and settlements that brought his Fox News reign to an end. Told through multiple points of view, the limited series aims to shed light on the psychology that drives the political process from the top down.

Kanye Talks About Slavery As A ‘Choice’ And Pro-Trump Comments