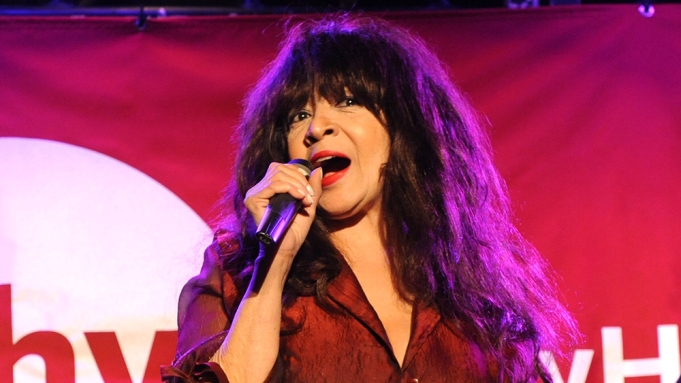 Ronnie Spector, whose hard-edged yet tremulous voice soared on the Ronettes’ girl-group hits of the early ‘60s, died on Wednesday of cancer. She was 78.

“Our beloved earth angel, Ronnie, peacefully left this world today after a brief battle with cancer. She was with family and in the arms of her husband, Jonathan,” reads a statement on Spector’s official website. “Ronnie lived her life with a twinkle in her eye, a spunky attitude, a wicked sense of humor and a smile on her face. She was filled with love and gratitude. Her joyful sound, playful nature and magical presence will live on in all who knew, heard or saw her.”

Née Veronica Bennett, she forged an enduring “bad girl” image with her older sister Estelle Bennett and cousin Nedra Talley – towering teased beehive hairdos, canopies of mascara and eyeliner and tight-fitting slit skirts – that rubbed against the aching romanticism of the Ronettes’ Philles Records hits of 1963-66.

Though producer Phil Spector employed other powerful female vocalists like the Crystals’ Darlene Love, La La Brooks and (on the memorable “River Deep Mountain High”) Tina Turner, the Ronettes’ lead singer became the ideal vehicle for the massive-sounding hits he termed “little symphonies for the kids.”

In “Out of His Head,” his biography of the producer, Richard Williams wrote, “Ronnie Bennett’s hugely quavering, massively sexy voice [was] a pure pop instrument the like of which no one had ever heard before. Spector had found his instrument, and she had found her setting.”

Like burning magnesium, the Ronettes flared hot, brightly and quickly: Their string of hits, which began with 1963’s “Be My Baby,” had played out by 1966, as the producer’s interest in the group had run its course.

Ronnie Bennett and Phil Spector, who had begun an affair while the producer was still married to his first wife Annette Merar, wed in 1968, and she took his name professionally. The possessive, jealous and emotionally abusive Spector kept his wife a virtual prisoner in their Beverly Hills home for years during a tumultuous marriage; as the singer recounted in her candid 1990 autobiography “Be My Baby,” she descended into alcoholism, which further impacted her professional life.

The Spectors finally split after the vocalist’s mother, Beatrice Bennett, marched her barefooted daughter out of the house in 1972. The couple’s divorce was finalized in 1974.

In later years, Ronnie Spector recorded fitfully as a solo artist, and was a beneficiary of the rock ‘n’ roll revival of the early ‘70s. She remained an icon among her musician fans: She enjoyed high-profile studio collaborations with Southside Johnny and the Asbury Jukes, Eddie Money and Ramones lead singer Joey Ramone, and Billy Joel penned the single “Say Goodbye to Hollywood” expressly for her. Her second husband and manager Jonathan Greenfield helped renew her reputation as a live performer.

She was inducted into the Rock and Roll Hall of Fame as a member of the Ronettes in 2007.