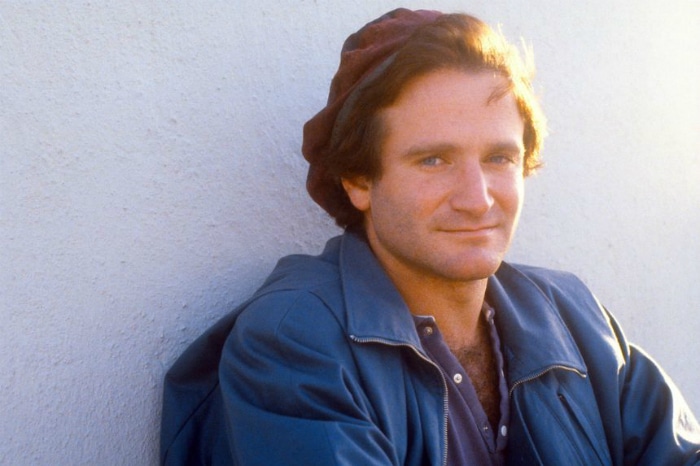 Robin Williams: Come Inside My Mind seesaws between hilarity and melancholy as it tracks the rise of one of the great American comics.

Robin Williams has been gone for four years now, bringing to an end not just a spectacular life but a remarkable career as an electric comic performer, sitcom star, and Oscar-winning actor. Tonight, HBO premieres Marina Zenovich’s thoughtful and poignant documentary Robin Williams: Come Inside My Mind. It culls tons of archival footage of Williams on stage, behind the scenes, and reflecting on his life in interview footage, along with anecdotes and interviews from family members, close friends, and collaborators still trying to understand the man who, delightful as he seemed, was not an easy man to understand, not to mention vulnerable, tireless, and sympathetic to a fault.

The documentary covers Williams’s early life and his career, from his stand-up days in San Francisco in the 1970s through his commercial breakthrough with Mork & Mindy, his dramatic film career, all the way through to his addiction issues, illness, and the circumstances of his death in 2014 at age 63. Here are some of the most interesting anecdotes from Come Inside My Mind.

Comedy was an addiction for Williams.

Williams publicly struggled with alcohol and cocaine dependence. But Come Inside My Mind suggests that his all-out commitment to comedy was a form of addiction as well. “It was vital for him to have an audience,” Eric Idle says. “He was hilarious, but it was a need.”

“It’s a very powerful thing for a lot of comedians – that laugh is a drug,” adds Billy Crystal. “That acceptance, that thrill, is really hard to replace with anything else.”

Mark Romanek, who directed Williams in One Hour Photo, remembers how the comedian’s need for laughs impacted him on set. “The urge to be funny … was so innate, almost like breathing for him, that if he didn’t get that out of his system, it would have affected his performance in a bad way,” Romanek says. “I realized when he made people laugh that hard, he used to kind of get high from it, an endorphin rush or something. If he was being really funny one second before the take… he almost had this glow of joy, even though he’s playing a serious scene, which also gave this patina of weirdness to the performance.”

John Belushi’s death prompted Williams to rein in his substance use.

Williams was with Belushi at Chateau Marmont in Los Angeles the night before the Animal House star overdosed in March of 1982. As news of Belushi’s death spread on the set of Williams’ show Mork & Mindy the next day, his co-star, Pam Dawber, confronted him about his own substance abuse, issuing a (somewhat confusing) warning: “If that [overdosing] ever happens to you, I will find you and kill you first.”

“Here’s this guy who’s a beast, who could do anything, and he’s gone,” Williams remembered. “That sobered the shit out of me.” Howard Storm, who directed episodes of Mork & Mindy, noticed a difference. Williams used to roll onto set after spending all night partying; after Belushi died, “he backed off for a while, he cleaned up.”

Mork & Mindy was cancelled a few months later. Williams left L.A. with his wife and moved to Northern California, removing himself somewhat from the party scene.

After roughly 20 years of sobriety, Williams relapsed in 2005.

Come Inside My Mind implies that alcohol functioned as a coping strategy for Williams. “He felt that when he wasn’t [making people laugh], he was not succeeding as a person,” Robin’s son Zak says. “That was always hard to see.” After decades away from booze, Williams began to drink again on the set of The Big White. “I started drinking a tiny little bottle of Jack Daniels, like the ones you get on an airplane,” he says. “Then a week later I was hiding a big bottle of Jack Daniels.”

“At the bar each night, before close, I’d have a couple glasses of wine,” remembers Lewis Black, who also acted in The Big White. “Robin would come down and have a tequila and an espresso. He said to me, ‘I think I have a problem.’” Williams went to rehab in 2006.

Other ‘70s comics knew he was special right away. “When we first saw Robin onstage, we were skeptical,” David Letterman recalled. “And we made it kind of a project to keep our eye on him. In my head, my first sight of him was that he could fly, because of the energy. It was like observing an experiment. 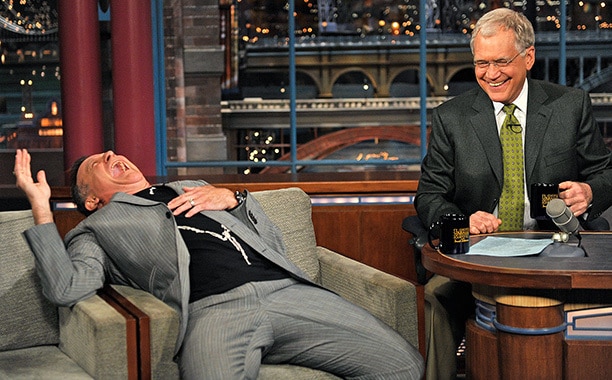 All I could really do was hang on to the microphone for dear life, and here was a guy who could levitate. We knew that whatever it was Robin was doing, we weren’t gonna get close to that, and we were frightened that, Oh my, maybe we’ve come out here at just exactly the wrong time when everything was changing, and all we had was our stupid little jokes.”

It only seemed like he improvised a lot of his stand-up act. Up until at least the ‘80s, it was common for stand-up comedians to use writers, and Williams employed the services of Bennett Tramer. “Being a writer for Robin’s stand-up is like being a pinch hitter for Barry Bonds,” Tramer said. “You’re not necessarily needed, except for special circumstances.” Tramer seemed to have worked more on fine-tuning Williams’s bits than creating them. “It’s interesting to see how he would build a bit. He had a lightning-fast mind, but it wasn’t like everything he did came from that night. There was real work and preparation. There was a real thoughtful analytical process behind it. It probably took him longer to explain it to me than coming together in his mind.”

Williams was such a live wire on set that he changed the structure of sitcoms.

Williams hit the Mork & Mindy set with irrepressible energy that in the beginning proved challenging to translate to the screen. “He would run around and do crazy things all the time,” Marshall says. “There were union cameramen. He would do something great and my dad would go, ‘Did you get that?’ The camera man would say, ‘He didn’t come by here.’ [My dad would respond,] ‘You gotta capture that, he’s such a genius!’ The cameraman would say, ‘If he’s such a genius, he could hit his mark.’”

“The sitcom, up until then, was always three cameras,” Marshall continues. “[Garry] brought in a fourth camera, kind of a handheld camera, just to follow Robin. That became the standard – every sitcom has four cameras now because of that.”

Jonathan Winters inspired Williams to start telling jokes – as a way to bond with his dad.

Williams was known for his on-screen zaniness, but surprisingly, the comedian grew up in a very reserved household in the affluent Detroit suburb of Bloomfield Hills, Michigan. “I was so fucking quiet,” Williams says. “My father was very intense, he was always on the road working for Ford Motor Company. I was an only child raised by basically the maid for a long time.”

He made other performers raise their game. Beginning in the ‘80s, Williams collaborated with Billy Crystal and Whoopi Goldberg on HBO’s charity Comic Relief comedy telethon events. Goldberg was more of a performance artist and actress than a comedian, but presenting alongside Williams made her want to raise her game. “Great people make you better. You got over the fact that it was Robin, and then you went to work, you did what you needed to do, because you wanted to be up to speed,” Goldberg said. “It was just like, ‘Oh no, you’re not leaving me in the dust, I wanna be right here, right next to you running.’ I wanted to be able to play and keep up.”

Robin Williams: Come Inside My Mind premieres tonight at 8 p.m. on HBO.

Why Liv Tyler Has Vanished From Hollywood