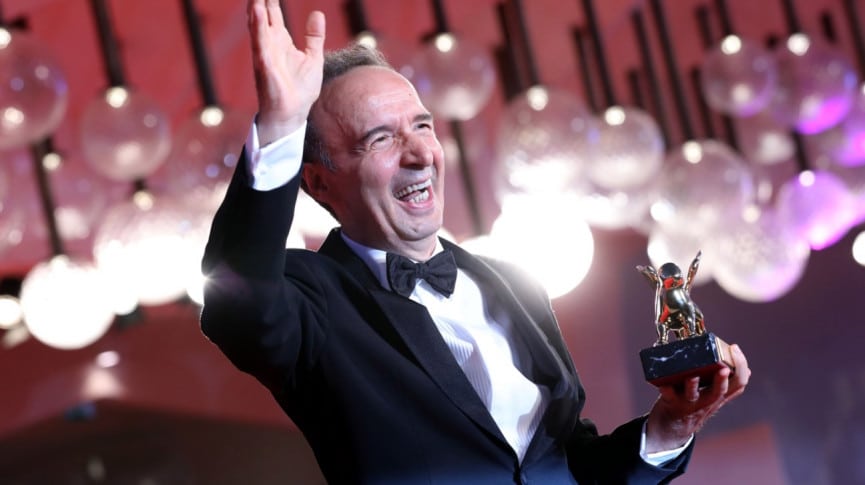 Bong Joon-ho was emotional and Jane Campion was touching but the evening belonged to Roberto Benigni.

The 78th Venice International Film Festival got off to an emotional start Wednesday night with host, Italian actor Serena Rossi, dedicating opening night to Afghan mothers forced to separate from their children in an attempt to save them from the Taliban. “We want to say to them: you are not alone,” said Rossi.

Initially, the scene at the Sala Grande, Venice’s gala theater, seemed oddly somber, a mood that wasn’t helped by images of a half-empty gallery —COVID-19 social distancing regulations meant the theater had to operate a half capacity — and a sea of masked faces hiding the identities of the more famous members of the crowd, including included Isabelle Huppert, Cynthia Erivo and Sarah Gadon. With the face coverings, even the flamboyant Spanish director Pedro Almodovar and his muse Penelope Cruz — star of Almodovar’s Parallel Mothers, Venice’s opening night film — seemed more serious than sprightly.

But it was clear everyone was very pleased to be back. Almodovar was here last year but few others were able to make the 2020 Venezia, which was held in-between coronavirus lockdowns in Italy. If the opening night crowd seemed quiet at first, it was likely because few really believed there were here in-person at the Venice Film Festival.

Bong Joon-ho, whose film Parasite won Venice in 2019, catapulting the movie to a historic best picture win at the 2020 Oscars, was visibly moved as he took the stage. Saying how grateful he was to be able to judge “the best new films in front of an audience” he noted that “Corona will be over soon but cinema will be with us forever.”

It was a start. Jane Campion, the first female director to win the Palme d’Or in Cannes, who returns to Venice this year with The Power of the Dog, her first feature film in 12 years, followed Bong with a tribute to this year’s lifetime achievement winner: legendary Italian comedian, actor, and director Roberto Benigni (Life is Beautiful).

Campion said Benigni’s irrepressible joy —which she compared to “an exploding bottle of Prosecco” was particularly needed “at this difficult time for filmmakers and for people all over the world.” Recalling his giddy response to winning the Oscar for Best Foreign Language Film for Life is Beautiful in 1999, when the Italian actor climbed over the backs of the seats in front of him in a clamor to get to the stage, she called the 68-year-old filmmaker “a comic genius with heart and sincerity.”