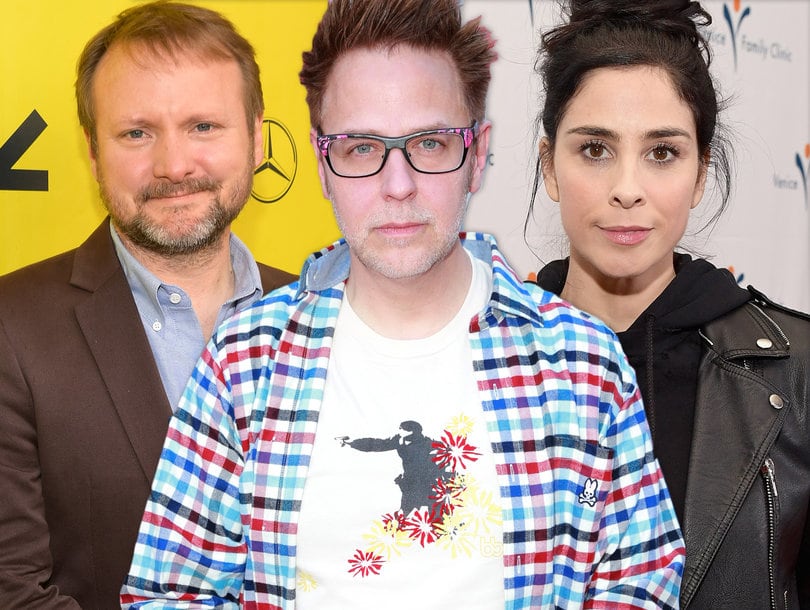 As Sarah Silverman was being attacked for a 2009 Twitter joke about child molestation, “Star Wars: The Last Jedi” director Rian Johnson was purging 20,000 tweets from his own account as a pre-emptive defense.

While he hasn’t been targeted for anything yet, and doesn’t think he has anything problematic in his Twitter past, Johnson decided that it’s better to be safe than sorry, calling it a “why not?” move.

As for Sarah Silverman, her entire career has been built on saying shocking and provocative things. Her archived tweet was posted by conservative website Townhall on Wednesday under the headline, “Disney Voice Actress and Comedian Sarah Silverman Also Joked About Molesting Children.”

It seems pretty clear that Disney is getting a shout-out in that headline because they are thus far the only corporate entity to take the bait and strike against someone for past mis-tweets when they fired James Gunn for his own decade-old tweets.

“Rick & Morty” creator Dan Harmon emerged relatively unscathed — though he did delete his Twitter account — after a 2009 parody video of him raping a baby doll was resurfaced, with his network saying in a statement that Harmon had apologized and “understands there is no place for this type of content here at Adult Swim.”

Harmon said in a statement, “In 2009, I made a ‘pilot’ which strove to parody the series ‘Dexter’ and only succeeded in offending. I quickly realized the content was way too distasteful and took the video down immediately. Nobody should ever have to see what you saw and for that, I sincerely apologize.”

He did not address his reasons for deleting his Twitter page. TooFab reached out to Harmon for comment, but he declined.

These are just the latest developments in an escalating war over words and history between the alt-right and liberal celebrities that only seems to be escalating, and it’s a worrisome trend.

Trolls who have been combing through the social media archives of some of Donald Trump’s most vocal critics have become emboldened by Disney’s firing of James Gunn over old tweets they found. The “bad joke” tweets gained new exposure thanks to alt-right conspiracy theorist Mike Cernovich via his personal website.

Most famous for the ridiculous “Pizzagate” claim that Hillary Clinton and the Democratic Party were running a child trafficking ring out of the basement of a pizza place in New York that had no basement, Cernovich finally achieved success in his trolling of left-leaning celebrities when he shared a series old James Gunn tweets that the director had previously apologized for in 2012, as The Hollywood Reporter covered at the time, to his sizable following.

The tweets in question were attempts at shock humor related to pedophilia and rape, and as the story began to gain traction, Disney responded by immediately firing Gunn from the forthcoming “Guardians of the Galaxy Vol. 3,” stating that his comments were not in line with the company’s values, and that they were “indefensible.”

“My words of nearly a decade ago were, at the time, totally failed and unfortunate efforts to be provocative,” Gunn said in a statement of his own. “I have regretted them for many years since — not just because they were stupid, not at all funny, wildly insensitive, and certainly not provocative like I had hoped,