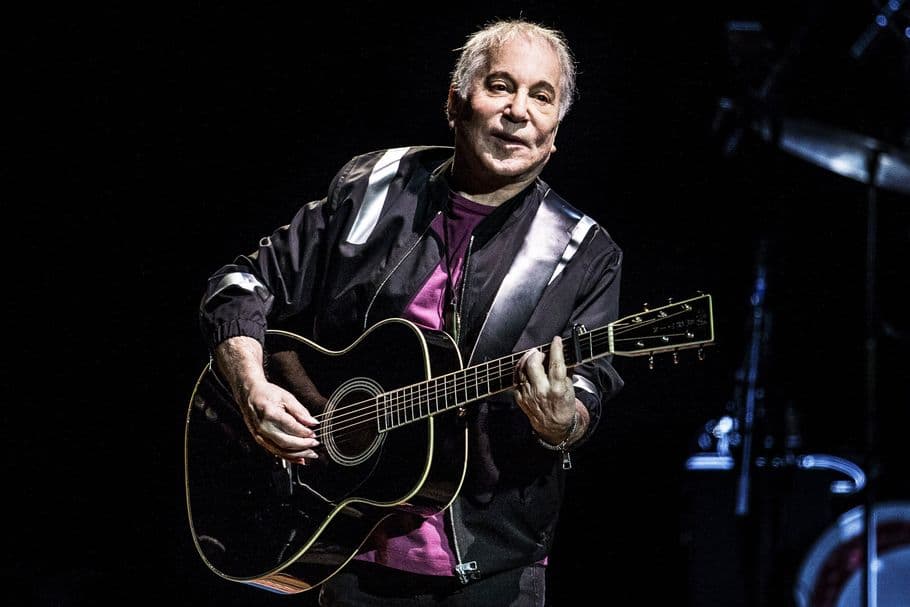 Two weeks before Paul Simon retires from touring, the legendary singer-songwriter will release his new album In the Blue Light.

The album finds Simon and his longtime producer Roy Halee reinterpreting 10 lesser-known songs and personal favorites from his solo catalog with help from instrumental ensemble yMusic, guitarist Bill Frisell, trumpeter Wynton Marsalis and the National’s Bryce Dessner, who contributes a new arrangement to “Can’t Run But.”

“This album consists of songs that I thought were almost right, or were odd enough to be overlooked the first time around,” Simon said of the In the Blue Light tracks in a statement. “Re-doing arrangements, harmonic structures, and lyrics that didn’t make their meaning clear, gave me time to clarify in my own head what I wanted to say, or realize what I was thinking and make it more easily understood.”

Two of In the Blue Light‘s reworkings – “Can’t Run But” and “René and Georgette Magritte With Their Dog After the War” – have been performed by Simon and yMusic during the Homeward Bound – The Farewell Tour, which concludes September 22nd with a final hometown gig at Queens, New York’s Flushing Meadows Park. In the Blue Light, Simon’s 14th studio album and first since 2016’s Stranger to Stranger, arrives September 7th.

“It’s an unusual occurrence for an artist to have the opportunity to revisit earlier works and re-think them; to modify, even completely change parts of the originals,” Simon continued.

“Happily, this opportunity also gave me the gift of playing with an extraordinary group of musicians, most of whom I hadn’t recorded with before. I hope the listener will find these new versions of old songs refreshed, like a new coat of paint on the walls of an old family home.”