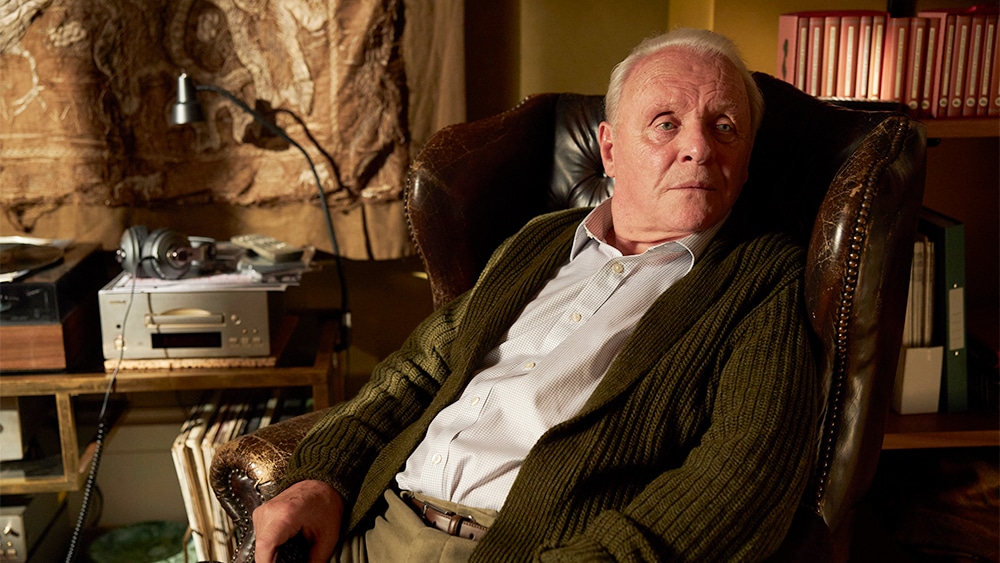 Making Academy Awards history in the most awkward way imaginable, Anthony Hopkins won the Oscar for best actor for his performance in “The Father” as a man suffering from dementia. At 83, Hopkins is the oldest winner of an acting Oscar ever, exceeding the record set by Christopher Plummer when he won best supporting actor at 82 for 2011’s “Beginners.”

Hopkins, however, was not on hand to accept the best actor Oscar, which for the first time in Oscars history was placed at the very end of the telecast, after “Nomadland” had won best picture and Frances McDormand took home best actress. Presenter Joaquin Phoenix instead had to accept the award on Hopkins’ behalf, providing an altogether abrupt and anti-climatic conclusion to the most unusual Academy Awards ceremony in modern history.

It is unclear why best actor was presented last, though most prognosticators all but declared the late Chadwick Boseman (“Ma Rainey’s Black Bottom”) to be a lock to win the award, which would have provided an emotional finale to the evening. As it is, Hopkins did win the BAFTA award for best actor for “The Father,” but his win at the Oscars still marks one of the biggest surprises of the night.

This is Hopkins’ second Oscar; his first, also for best actor, was for one of the most iconic roles in film history, as Hannibal Lecter in 1991’s “The Silence of the Lambs.” Including for “The Father,” Hopkins has been nominated for an Academy Award six times, most recently just last year for best supporting actor in “The Two Popes.”

“The Father” is the directorial debut of Florian Zeller, who also won an Oscar for his adaptation his own play with Christopher Hampton. Told through a series of disorienting shifts in perspective, the film tracks the confusion of Anthony (Hopkins) as he struggles to maintain his grasp on where, and who, he is, as his daughter Anne (Colman) helplessly bears witness to his mental decline.