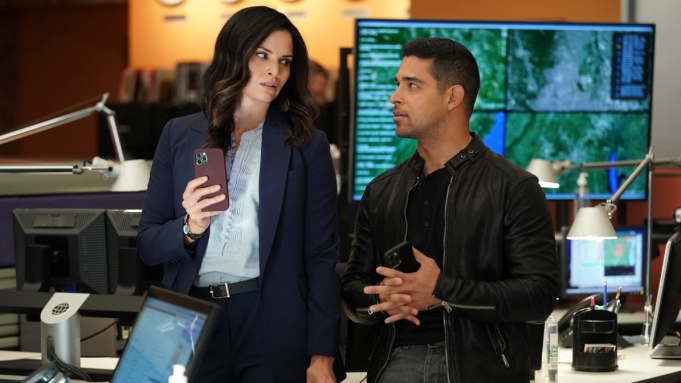 NCIS stars Wilmer Valderrama and Katrina Law will be visiting Vanessa Lachey and the rest of the NCIS: Hawai’i gang as part of a crossover special event airing via CBS on March 28.

“I am headed off to Hawaii to shoot a crossover event,” Valderrama says in an Instagram video released on Monday. Added Law, “I’ve also got something to tell you: I’m coming to Hawaii, too.”

Details regarding what fans can expect from the special that’ll see agents Nicholas Torres and Jessica Knight come face to face with Lachey’s Jane Tennant are being kept under wraps by CBS. Whatever the plans, viewers can certainly expect an action-packed episode, according to Law.

“It’s going to be good being back on the island solving crimes,” she said mischievously.

The actress formerly starred in the CBS drama Hawaii Five-O as Quinn Liu during the show’s 10th season.