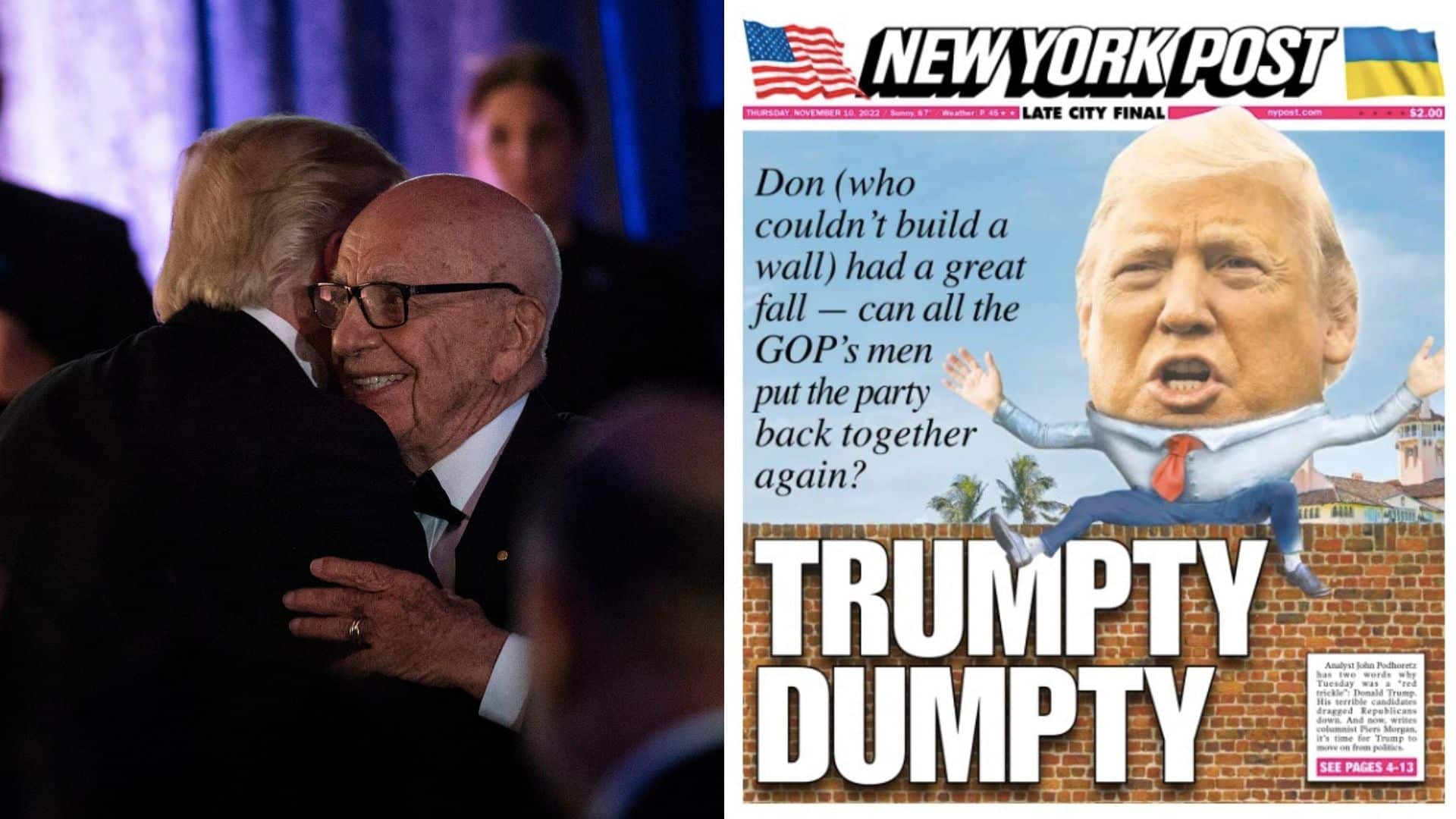 Rupert Murdoch “made it clear” to Donald Trump in recent days his vast media empire will not support his expected run for re-election, according to a new report.

Sources close to Murdoch at News Corporation told David Parsley, chief news correspondent at British paper i, that Murdoch has spoken to the former president since the midterm elections. Murdoch reportedly told Trump that the disappointing performance of Republicans — particularly candidates of the Trumpian variety — put an end to his political career.

“We have been clear with Donald. There have been conversations between them during which Rupert made it clear to Donald that we cannot back another run for the White House,” a senior News Corp source told Parsley.

Murdoch even went as far to say he would back a Democrat against Trump, Parsley reported:

The source added that the Murdochs would “likely remain neutral” if Joe Biden stands against Mr Trump in 2024. However, the family is open to backing another Democrat candidate should Mr Biden step aside and Mr Trump be on the Republican ticket.

The source said: “If it turns out to be Donald versus Joe then it may be that we just cover the race without any leanings one way or the other.”

However, the source added that if the Democrats could “find a credible candidate to take Joe’s place” then the Murdoch media empire could back the Democrats against Mr Trump “for the sake of stability and a sensible White House”.

The source added that while the Murdochs would consider backing a “non-Biden” candidate against Mr Trump, the chances of doing so were slim: “A lot of things would have to fall into place for that to happen. Joe would not be running, and the Democrats would have to have a new strong candidate. And that is not Kamala [Vice-President Harris]. But I don’t believe the Democrats know who could replace Joe yet so he may well go for a second term, especially given his relative success in the midterms.”

“Lachlan has been keen on Ron for some time,” a source told Parsley. “He’s viewed within the organisation as a sanitised version of Donald.”