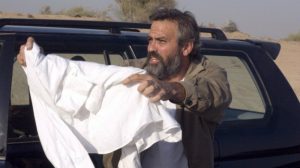 The characters actors play can go through some pretty intense stuff at the movies, but as real as it can seem onscreen, we know it’s all pretend — and we assume none of those stunts have permanently damaged the actors’ bodies after the cameras roll. After all, when it comes to starring in a major Hollywood film, there are a lot of tricks of the trade that can transform an ordinary actor into something amazing. They don’t call it “movie magic” for nothing. But while many performers are willing to transform themselves for roles, from gaining and losing weight, to prosthetics, and more, some actors have taken it to the extreme. Ah, but it’s for the art! Right? Well, sure, but art can only take you so far, especially when your life and health is on the line.

While there are Oscars, Emmys, and Golden Globes, for outstanding acting work, there aren’t any awards we can give out for “most pain endured in the performance of a role.” But if there were, these actors — who all permanently hurt their bodies in the name of acting — would win.