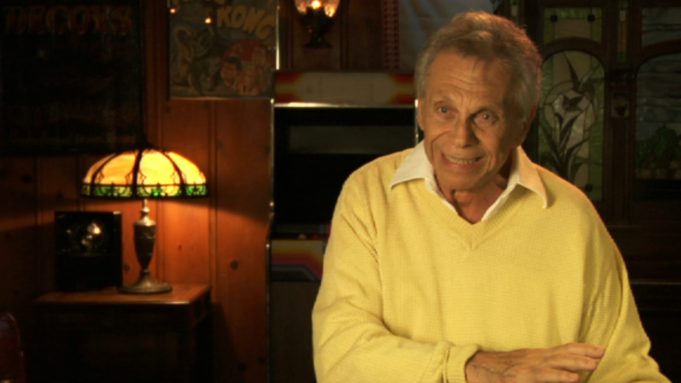 Mort Sahl, the acerbic comic whose pioneering style paved the way for such boundary-breaking comedians as Lenny Bruce, Richard Pryor and George Carlin, died Tuesday at his home in Mill Valley, CA. He was 94.

A friend confirmed his death to The New York Times.

Known for his topical social commentary, he boldly skewered politicians and others in a harsh but clean stand-up act. He hosted the first Grammy Awards in 1959, co-hosted the 1959 Academy Awards and a year later became the first comedian featured to be featured on the cover of Time magazine. He also guest-hosted The Tonight Show Starring Johnny Carson multiple times during the 1960s.

Born on May 11, 1927, in Montreal, Sahl’s family moved to Los Angeles when he was a child. After a stint in the Air Force, he graduated from USC in 1950. By the mid-’50s he was doing stand-up, and a 1955 performance was recorded and released a few years later as Mort Sahl At Sunset. It is considered the first stand-up album. A second comedy LP stiffed, but his 1960 disc Mort Sahl at the Hungry I reached No. 22 on the Billboard 200, and his 1973 disc Sing a Song of Watergate peaked at No. 145.

In the late 1950s, Sahl began landing acting roles, starting with the 1958 Robert Wagner film In Love and War. His subsequent big-screen work included All the Young Men (1960), Johnny Cool (1963) Don’t Make Waves and Doctor, You’ve Got to Be Kidding (both 1967). He also worked on TV, guesting on such series as Pursuit, Playhouse 90, Thriller, Ironside, Emergency! and Love American Style, while performing on The Jerry Lewis Show, The Big Picture, Rowan & Martin’s Laugh-In and The Hollywood Palace.

Sahl also was a regular on the talk-show circuit, making multiple appearing on shows hosted by the likes of Dick Cavett, Mike Douglas, Dinah Shore, Merv Griffin and David Frost. He did some work on the popular Dean Martin celebrity roasts in the mid-1970s, appeared several times on The Ed Sullivan Show and on celebrity-driver game shows including The Hollywood Squares, The Match Game and Missing Links.

‘Succession’ Renewed for Season 4 by HBO