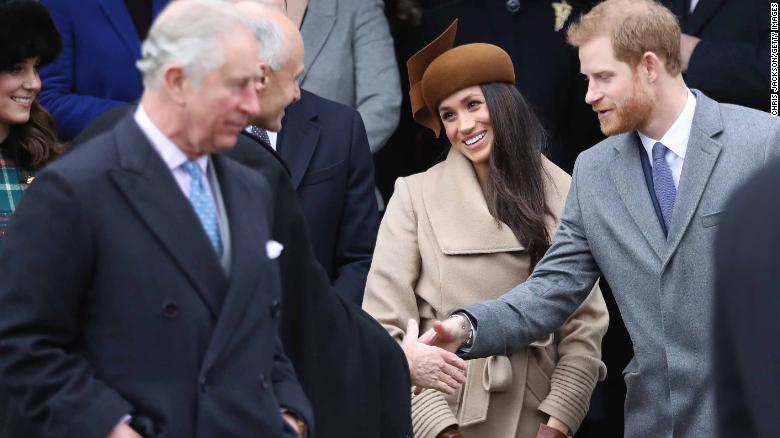 Meghan Markle will make a striking feminist statement in her wedding to Prince Harry on Saturday, choosing not to be chaperoned for much of the procession down the aisle of St. George’s Chapel, Windsor, CNN has learned.

In an unprecedented step for a royal bride in the UK, Markle will walk unescorted down the aisle of the chapel nave, after being met at the West Door by a member of the clergy. She will be accompanied in this first part of the wedding procession only by her bridesmaids and page boys, with the senior church figure walking ahead.

Prince Charles will join her when she reaches the Quire, where the main royal guests will be seated. The Prince — Harry’s father — will walk Markle down the Quire aisle to the foot of the altar.
But Charles will not give her away to her husband-to-be in the traditional sense; instead, he will stand back as Markle approaches Prince Harry.
CNN understands that Markle came up with the plan herself. It was always the intention that her father Thomas would meet her at the Quire and she would walk the first part alone. Ill health has since prevented him from coming. Both Charles and Harry are delighted with the plan, CNN understands.
No other royal bride in the UK has walked unescorted down the aisle at their wedding ceremony. Markle’s decision indicates that she wishes to assert herself as a strong, independent woman who is prepared to challenge royal norms.
(Excerpt) Read More @ CNN

When to Watch the Royal Wedding in Every Time Zone