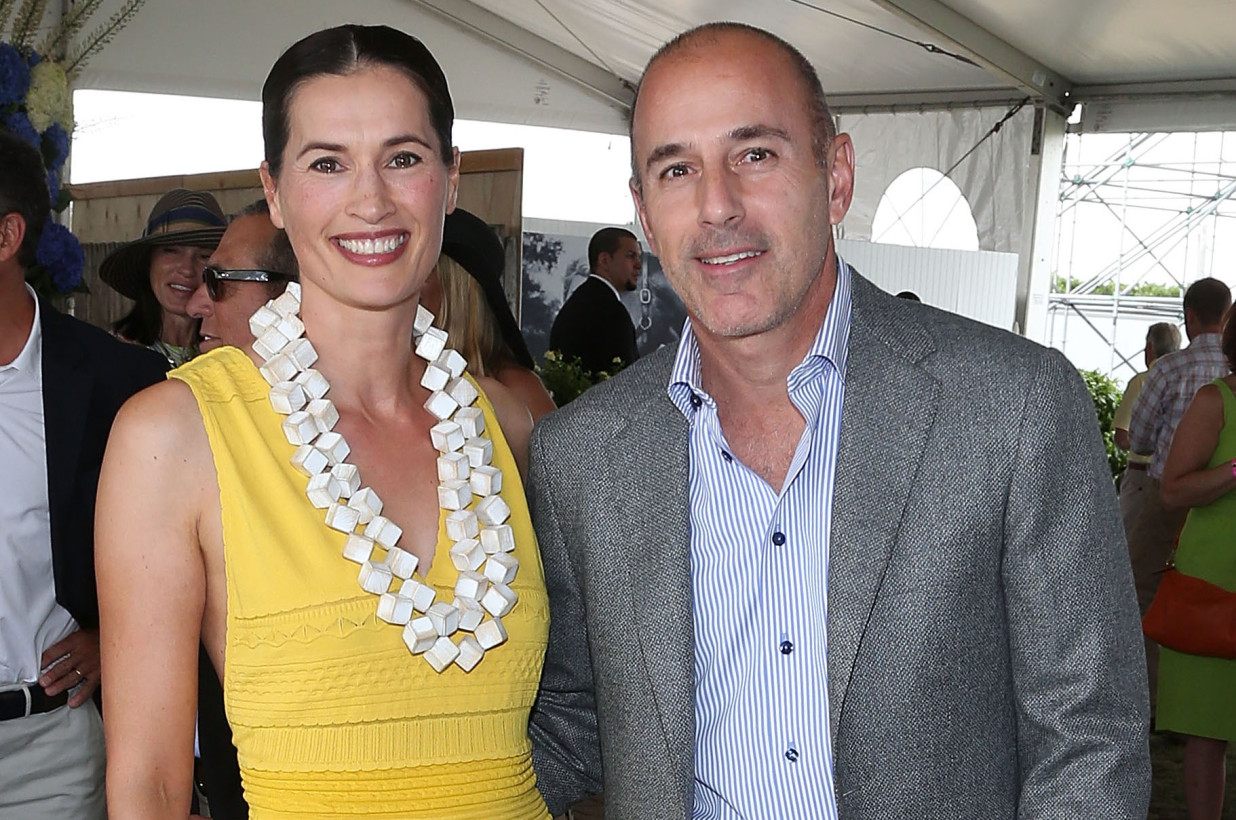 Shamed “Today” host Matt Lauer is “bending over backwards” to give his soon to be ex-wife Annette Roqueeverything she wants in their divorce — including a multimillion-dollar payout — because he feels so guilty for cheating with multiple women at work, according to friends.

Lauer — who was axed by NBC bosses in November for a string of inappropriate affairs — has already agreed to pay Roque, his wife of nearly 20 years, up to $20 million, Page Six can reveal.

The couple are now getting along amicably, the friends tell us — and are both spending time at their 12-bedroom Hamptons pile, Strongheart Manor, as they prepare to finalize their divorce.

A source says: “Things really have settled down. Matt and Annette are getting on and they’re both spending time with their kids. They hope to settle the divorce very soon.”

Lauer bought the estate from Richard Gere for $36.5 million in 2016 and used it as a bolthole immediately after he was sacked by NBC.

However, the question remains — who will get the estate in the divorce — as they both love it and it’s Lauer’s “dream home.” It is set on a massive 6.3 acres on the peninsula of North Haven near Sag Harbor.

As we revealed last month, the divorce is nearly official — and the process has been smoother because the couple had already signed a “postnup” after Lauer persuaded a furious Roque to drop her divorce filing in 2006.

At the time, Roque cited “mental abuse, extreme mental and emotional distress, humiliation, torment and anxiety,” after learning that Lauer had been unfaithful. But she withdrew the filing months later after signing the postnup.

A source said: “Matt agreed to pay Annette a lump sum of millions back in 2006 as an incentive to stay with him to help him maintain his squeaky clean image as ‘America’s Dad.’

“She also got an allowance every year, plus it was agreed that she would get a share of the value of all their homes if they did split.”

So far, Lauer has offloaded his Upper East Side apartment for more than its $7.35 million asking price.

The former anchor also has one of his Sag Harbor homes on the market for $12.75 million, a significant drop from the original asking price of $18 million. His New Zealand farm, which he purchased for a reported $9.2 million in February 2017, is currently also still in his possession despite the fact he was poised to lose it as part of the country’s “good character” test following his sexual misconduct allegations.

The source added: “Matt’s bending over backwards to give Annette everything she wants because he feels so guilty. But he would love the Hamptons home.”

Lauer and Roque are believed to have agreed to share custody of their three children, Jack, 17, Romy, 14, and Thijs, 11, in the divorce.

While Lauer has spent the past nine months working on his relationship with his kids, and friends say he is a “devoted dad,” he still feels resentment about his sacking.

The source said: “Matt still maintains the relationships he had in the workplace were consensual. He does feel like the poster boy of the #MeToo movement when he sees other high powered men hanging on to their jobs despite allegations.”