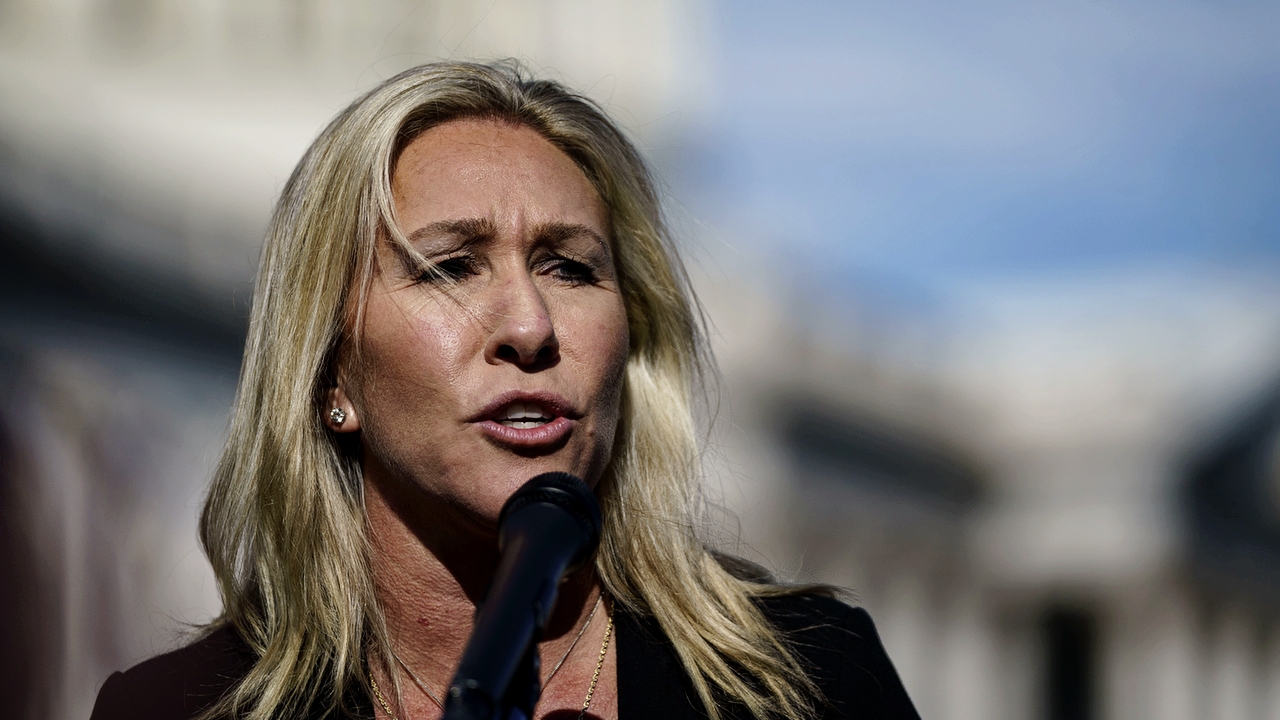 Rep. Marjorie Taylor Greene (R-GA) claimed Wednesday she has filed a report with the U.S. Capitol Police after Jimmy Kimmel joked a day earlier she should be slapped by Will Smith.

On Jimmy Kimmel Live! Tuesday, the host invoked Smith’s slap of comedian Chris Rock at the Oscars while taking a shot at Greene.

Greene had stated on Twitter that Senate Republicans who vote to confirm Judge Ketanji Brown Jackson to the Supreme Court are “pro-pedophile” over allegedly lenient sentences she has handed down in some child pornography cases.

“Any Senator voting to confirm #KJB is pro-pedophile just like she is,” Greene wrote. She also tweeted, “There are MANY more qualified black women judges, that actually can define what a woman is, but Biden chose the one that protects evil child predators. And then Romney, Murkowski, and Collins vote for her.

Kimmel shared one of the tweets and told his audience: “Wow, where is Will Smith when you really need him?”

The host also took a shot at Rep. Matt Gaetz (R-FL) in a subsequent joke.

“Besides that being disgusting, that woman is good pals with Matt Gaetz, who is currently under investigation for trafficking minors for sex,” he said. “It’s scum and scummer.”

On Wednesday evening, Green shared a clip of Kimmel’s Smith slap joke and said she had filed a police report. She cited a “threat of violence” from Kimmel.