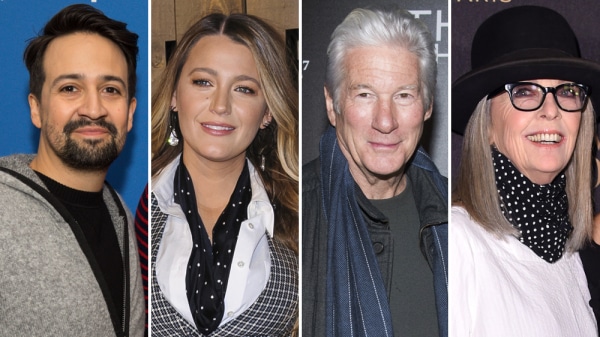 Lin-Manuel Miranda, Blake Lively, Richard Gere and Diane Keaton are attached to star in the romantic comedy “The Making Of,” with Endeavor Content handling sales at the upcoming Toronto Intl. Film Festival.

Ed Zwick and Marshall Herskovitz are producing through their Bedford Falls Company banner with production planned for the spring. The duo is also writing the script, which revolves around a pair of married filmmakers (played by Gere and Keaton) casting actors (portrayed by Lively and Miranda) to play the younger versions of themselves — while their own marriage is falling apart.

The Toronto festival will open its 45th edition on Sept. 10 with a mixture of physical events and virtual screenings, and will showcase many movies in drive-ins as a way to respond to the COVID-19 pandemic.

Zwick and Herskovitz have collaborated on the features “Traffic,” “Legends of the Fall,” “About Last Night” and “The Last Samurai” and the television series “Thirtysomething” and “Once and Again.” They were nominated for an Academy Award for best picture for “Traffic.”

Miranda created and starred in the Broadway musicals “In the Heights” and “Hamilton,” winning a Pulitzer Prize and three Tony Awards. Lively broke out in the CW series “Gossip Girl,” and also starred in films “The Sisterhood of the Traveling Pants,” “Green Lantern,” “The Age of Adaline,” “The Shallows” and “A Simple Favor.”

Fox Moves ‘I Can See Your Voice’ to Fall