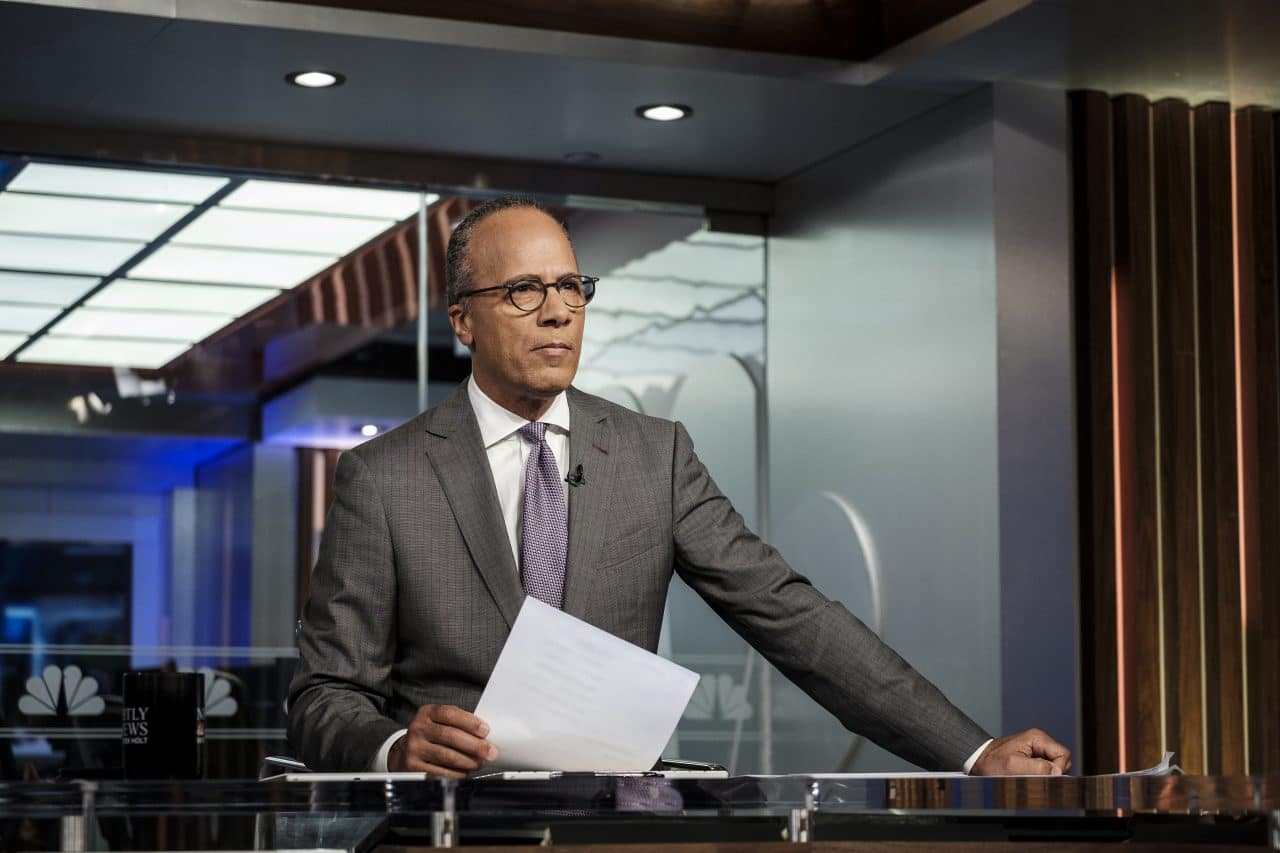 In a very non-traditional news cycle, Lester Holt is holding on to at least one regular habit.

Since 2017, Holt has taken viewers of “NBC Nightly News” to meet with Americans on the ground in important areas of the country, part of a series known as “Across America.” His plans to visit people for the series’ fourth installment got pushed back due to the chaotic pace of the news in recent weeks, which has included hearing on a Supreme Court nomination and President Trump’s exposure to coronavirus.’

“I really wanted to try and salvage this event,” notes Holt. “I’m glad we found the window before the election, because I think we are going to have some really good conversations.”

Holt will anchor “NBC Nightly News” Monday through Wednesday of next week from key battleground states in the 2020 election. “Across America” will take Holt to Nevada, Wisconsin and Pennsylvania, where he will speak with residents about topics ranging from health care and racial injustice to the government’s response to coronavirus. In Pennsylvania, for example, he will talk to residents who voted for President Trump in 2016, after previously voting for President Obama, and in Wisconsin, he will discuss social unrest.

“We’ve all been robbed during coronavirus of our ability to really converse in a face-to-face manner,” says Holt, which can help promote more understanding among people who may be divided along various issues. “it’s so close to the election and it seems a lot of folks have made up their minds, but that does not mean it’s not still helpful for us to really understand what’s driving people’s votes. I am always really curious about how people view truth and what they believe and why they believe it.”

The NBC evening newscast next week will also feature reports on issues related to U.S. election security as part of a week-long “Vote Watch” series  from NBC News and MSNBC.