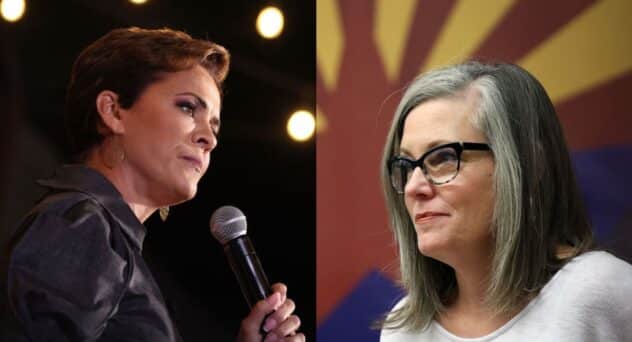 Polls over the past few months showed Hobbs and Lake trading single digit leads back and forth, almost all within the margin of error, and RealClearPolitics rated the race as a “Toss Up.” In the end, Hobbs prevailed.

The campaign was a highly contentious one, with Hobbs refusing to debate Lake over the Republican’s promotion of former President Donald Trump’s baseless claims of election fraud in the 2020 election — a decision that even Democrats openly questioned, wondering whether it was wise to cede any ground to Lake and worrying that Hobbs’ campaign appeared to be too “low key.”

Still, Hobbs defended her choice as necessary to avoid the “spectacle” Lake’s election denialism would create, in consideration of Hobbs’ current role as secretary of state, which includes overseeing Arizona’s elections. Lake has loudly called for Hobbs to recuse herself from that duty this year, a call which Hobbs repeatedly rebuffed, telling CNN’s Jake Tapper that “elected Secretaries of State in Arizona have overseen elections where they’re on the ballot since statehood,” and it had “never been an issue until now.”

Over the course of the campaign, Lake sparred with multiple reporters over her claims about the 2020 election, her refusal to say she would accept the election results unless she won, and even Fox News’ Harris Faulkner pressed Lake over a recent poll showing her views were considered to be “too extreme.”

Election Day took a dramatic turn in the key Maricopa County, when printers at about 60 of the 223 voting centers printed the ballots too light to be read by the tabulating machines. County officials remedied the problem, and affected voters had been given the option to either place their ballot in a secure box to be counted later or to go to another nearby voting center (voters were allowed to vote at any voting center of their choice within Maricopa County).