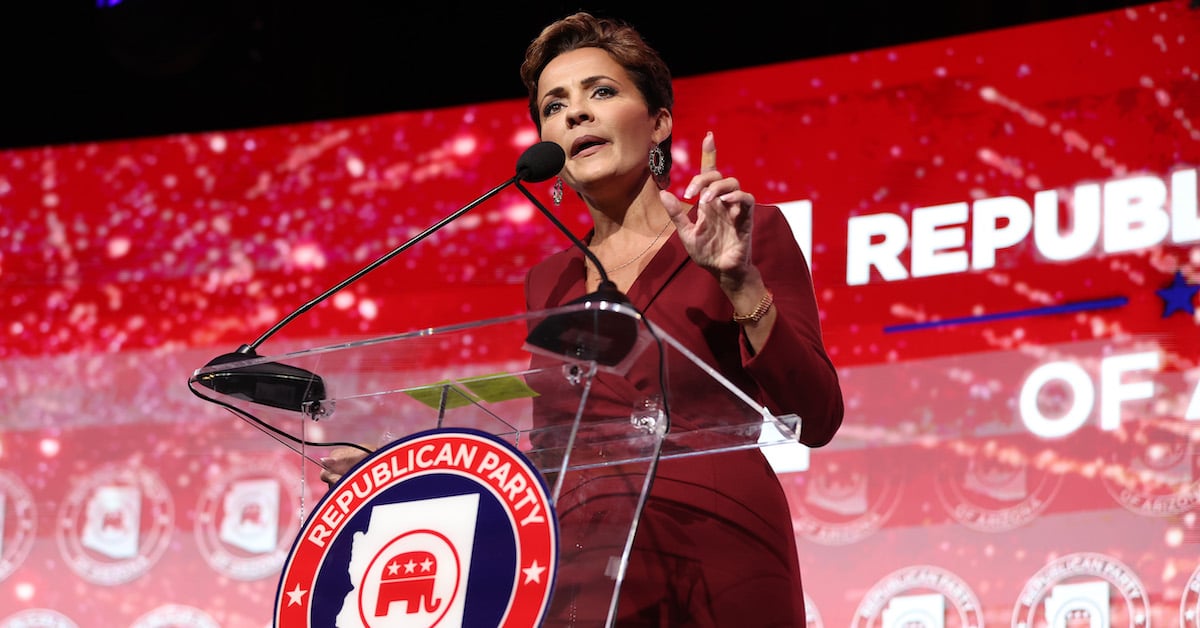 The race was called by NBC News on Monday night, nearly a week after the polls closed.

A political novice, the former TV news anchor notched the endorsement of Donald Trump during the Republican primary thanks in part by repeating his false claim that the 2020 presidential election was stolen from him. Lake had also signaled she would be unlikely to accept an election loss, though that is hardly relevant to the process.

Shortly after the call on Monday, Trump took to Truth Social to claim Lake had been robbed.

“Wow! They just took the election away from Kari Lake,” he wrote. “It’s really bad out there.”

Lake went on Twitter and appeared to also suggest the contest was rigged against her.

“Arizonans know BS when they see it,” she tweeted.

The mockery was swift and unrelenting, with many pundits casting her tweet as an unwitting explanation as to why she lost.