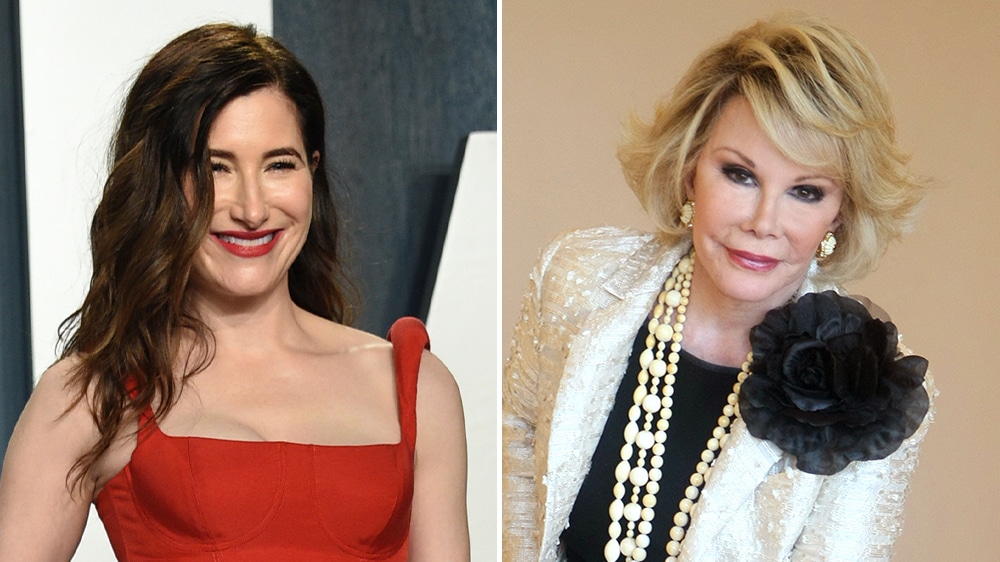 Carlson, a two-time Black List screenwriter (The Showrunner,” “Valedictorian”) wrote “The Comeback Girl” as a spec script. With Atlas Entertainment’s Richard Suckle and Robert Amidon, and Suckle and Carlson brought it to Berlanti and Sarah Schechter of Berlanti Productions, who signed on to the project.

Rivers died at age 81 on Sept. 4, 2014, several days after she’d stopped breathing during a routine endoscopy on her throat. She’d been a revolutionary figure in the world of stand-up comedy, especially as a woman — and particularly during the 1960s, when her star began to rise in New York’s comedy scene.

She also began her run of iconic appearances on “The Tonight Show” in the mid-‘60s, which eventually led to her becoming Johnny Carson’s regular guest host on that show in the 1980s. The two had a bitter falling out in 1986 after she went to the nascent Fox network for her own show, called “The Late Show Starring Joan Rivers.” In doing so, Rivers became the first woman to host a late-night talk show — but also Carson’s competition. He said he hadn’t heard the news from her, which hurt him, and he banned her from “The Tonight Show.”

“The Comeback Girl” is primarily set in the aftermath of the cancellation of “The Late Show,” which coincided with Rivers’ husband (and “Late Show” producer) Edgar Rosenberg’s death by suicide.

The logline for “The Comeback Girl” is: “Trailblazer. Adored. Cruel. Diva. Joan Rivers had a life like no other. At age 54, she was a superstar comedienne…and then it all fell apart. THE COMEBACK GIRL is the awe-inspiring untold story of how Joan Rivers persevered through near suicide and professional abyss to rebuild herself and her career to become a global icon.”