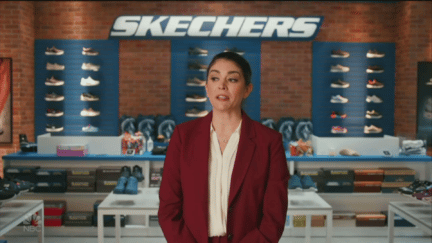 Saturday Night Live sent up Kanye West‘s ejection from Skechers with an ad parody in which the sneaker company is torn between repudiating Ye and bragging that he chose them to get kicked out of.

The imploding rap icon was escorted out of Skechers headquarters this week amid a flurry of entities dropping him over his campaign of anti-Semitism.

On this week’s edition of Saturday Night Live. — during which pop/rap superstar Jack Harlow was the guest host and musical guest — the sketch show put together a provocative ad parody that alternated between dragging West, bragging about their own edginess, and throwing shade on companies that maybe aren’t being so vocal at this time: