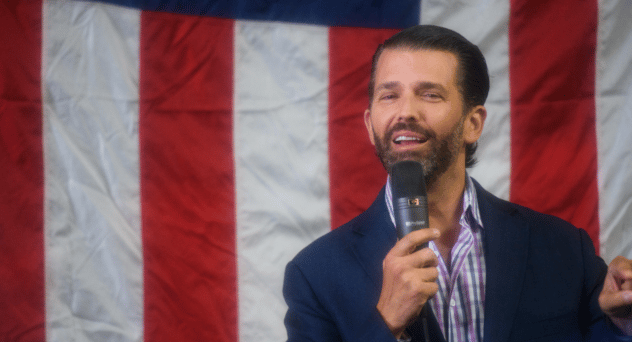 Donald Trump Jr. made waves on social media after sharing various posts mocking the brutal attack on Paul Pelosi — the husband of Speaker of the House Nancy Pelosi (D-CA). Trump Jr. has now deleted those posts.

On Sunday night, he retweeted a picture of a “Paul Pelosi Halloween Costume” which depicted a pair of underwear and a hammer. Paul Pelosi, 82, was beaten with a hammer and is hospitalized with a fractured skull.

He would later repost the same image to his own Instagram. An image that has now been deleted following the alleged attacker’s confession.
According to The Daily Beast, on Monday, Trump Jr. added to the “joke” and shared an image of two male Southpark characters in bed with a text
bubble saying “Uh, ah, yes Officer. I’m being attacked,” on his Instagram. This post has also been deleted.
(Excerpt) Read more in: Mediaite