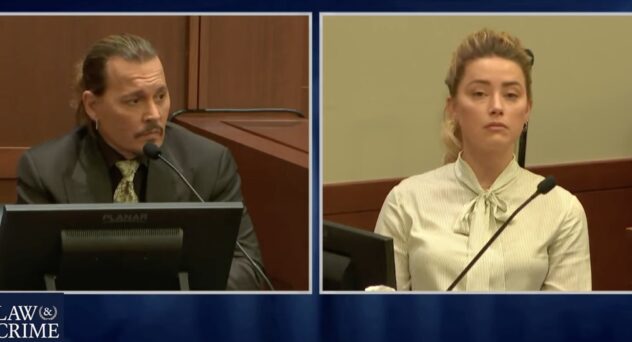 The jury has reached a verdict in the blockbuster defamation trial between actors and ex-spouses Johnny Depp and Amber Heard.

After spending roughly six weeks in the Fairfax, Virginia courtroom, the jury determined that Heard is guilty of defaming her former spouse in a 2018 op-ed she wrote for the Washington Post.

Heard was found guilty on all counts, as the jury determined Depp had proven all elements of his defamation case and that Heard acted with actual malicious.

Depp had sued Heard for $50 million in connection with the op-ed, and the jury awarded him $15 million to Depp in the suit.

Heard had filed a $100 million countersuit accusing Depp and Depp’s former attorney Adam Waldman of orchestrating a “smear campaign” against her via his lawsuit.

In regards to the countersuit, the jury determined that Heard has also proven all elements of defamation.

The jury awarded $2 million to Heard in compensatory damages.

The verdict was reached at roughly 1:30 pm ET and was announced at around 3:20 p.m. ET, as Judge Penney Azcarate gave each legal team time to get to the courthouse.

The jury had initially failed to fill out the compensatory damages page on the verdict forms, forcing them back in the deliberation room for a brief time after 3 pm ET.

While Depp was not there for the announcement as he is in the United Kingdom, Heard was in the courtroom when the verdict was read.

On Tuesday, the seven-person jury asked Azcarate whether they should consider Heard’s entire op-ed or just the headline while making their decision.

Sheryl Sandberg Steps Down as Meta COO After 14 Years