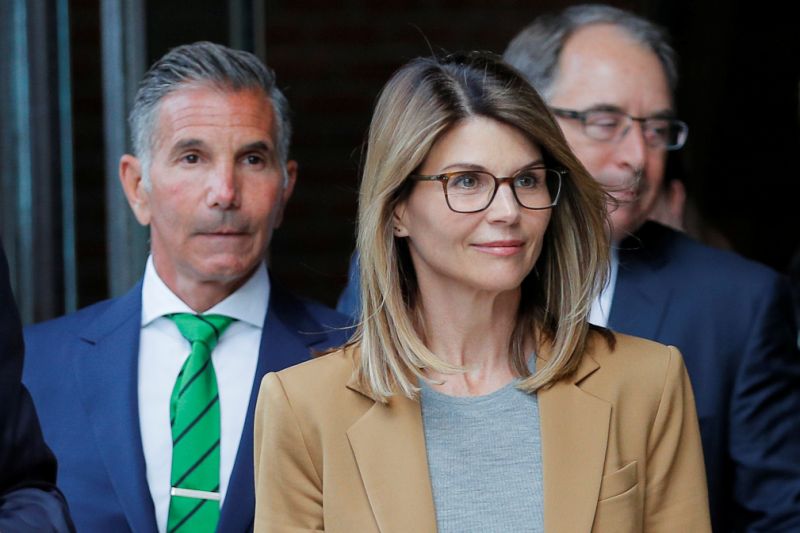 Lori Loughlin will still go to trial in October for her supposed role in the college admissions scandal. On Friday, a federal judge denied the defense’s motion to dismiss charges against the Full House star, her fashion designer husband, Mossimo Giannulli, and other parents. The defense was looking to get the case thrown out due to alleged investigatory misconduct.

The judge’s ruling comes after he ordered the government to respond to “serious and disturbing” claims of misconduct. The defense argued the government withheld evidence and failed to turn over notes taken by William “Rick” Singer in a timely fashion that they said proved misconduct.

“After consideration of the extensive briefing, affidavits and other information provided by the government and defendants, the court is satisfied that the government has not lied to or misled the court,” U.S. District Judge Nathaniel Gorton wrote in Friday’s order, which was obtained by Yahoo Entertainment.

A note Singer wrote on is iPhone on Oct. 2, 2018 said government agents “continue to ask me to tell a fib” as he got parents to make incriminating statements during recorded phone calls.

Prosecutors allege Loughlin and Giannulli paid $500,000 to get their daughters into the University of Southern California as crew recruits. The couple claims they thought they were making a legitimate donation.