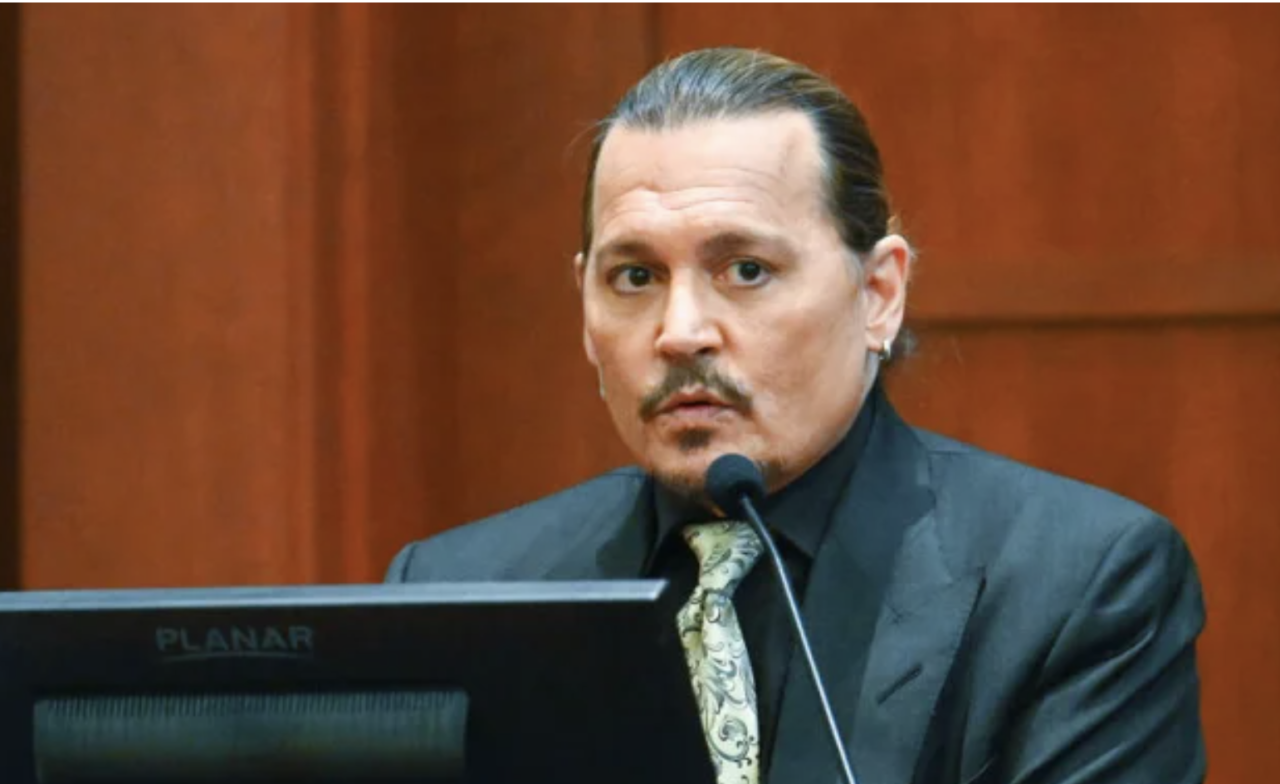 “I tend to be quite expressive in my writing,” a halting Johnny Depp said Tuesday on the stand of his $50 million defamation trial against ex-wife Amber Heard.

After previous testimony during the day detailing his dysfunctional childhood and rise to international stardom, Depp shifted focus in the Virginia courtroom to the vile texts and other communications that have come out of attacks on his Rum Diary co-star. The actor also addressed his reported deep-seated issues with drugs and drinks, laying a lot of the blame on his abusive mother and her “nerve pills.”

“It was self-medication,” the former Pirates of the Caribbean star claimed.

With the seven-member jury and Heard herself sitting close by, Depp explained that he started using his mother’s pills at the age of 11 to “take the edge off.” He also claimed that he never took drugs or drank to “party” but to dull “the pain.” Citing the “trauma” of his youth, Depp said his “quote, un-quote substance abuse that has been delivered by Ms. Heard is grossly embellished and sorry to say, a lot of it is plainly false.” He added: “It was an easy target for her to hit.”

“I am not some maniac who needs to be high or loaded all the time,” the 58-year old Depp asserted, also alleging that he had long periods of total sobriety in his life.

In fact, contrary to evidence presented in this case and in the week-old trial, Depp said he was never been “out of control” on a film set or while working.

“When I was with Ms. Heard, and her friends and we were all drinking wine and I was smoking marijuana, they used to tease me for what they said was a ludicrous tolerance because I never appeared bloated or high,” he said. “Even if I felt a little spinny no one would have ever known.”

Making sure his version of events didn’t completely diverge from what others have said, Depp did admit that he was “addicted” to the prescription opioid Roxycodone after suffering a back injury from performing an action scene on 2011’s Pirates of the Caribbean: On Stranger Tides. “I was bit by the snake, and before you know it that monkey is on your back to stay.”

Depp added that once he finally kicked the drug, he vowed to stay off it no matter how much pain or discomfort he suffered, such as when one of his fingers was sliced off while on location in Australia in 2015. He said that he didn’t take the opioid again.