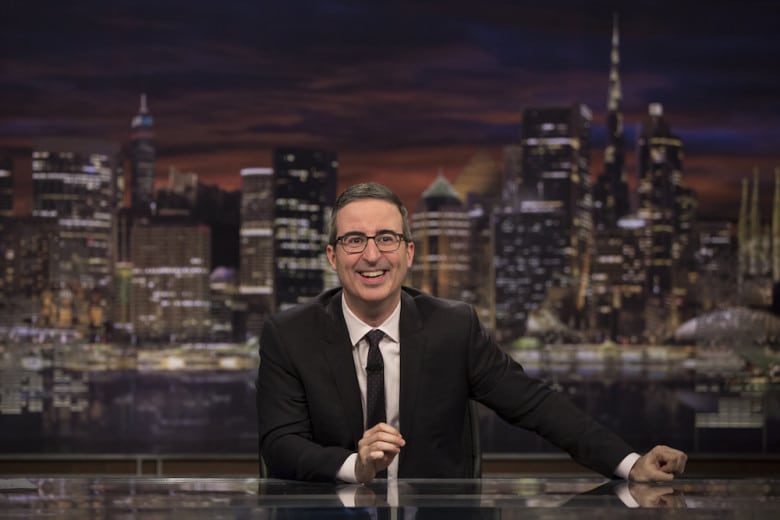 Don’t expect John Oliver to have an in-depth opinion on the Twitter ecosystem. “I may have sent 100 tweets in my lifetime,” he told critics at the Television Critics Association press tour Wednesday. “Granted, 20 of them were incredibly offensive.”

The “Last Week Tonight” host was being asked about the recent controversy surrounding the surfacing of offensive old Twitter jokes by James Gunn and Dan Harmon, which in the former case led to the director being fired from “Guardians of the Galaxy 3” and, in the latter case, led to Harmon nuking his Twitter account. While Gunn was fired, Oliver noted that Harmon leaving Twitter “was barely a thing.”

Oliver might not have had a lot to say about Twitter but was very excited to talk about the hilarious ways in which his show spends its budget, including several outlandish purchases like Russell Crowe’s jockstrap from “Cinderella Man.”

“No one was going to outbid us for that jockstrap,” Oliver told critics, saying that a producer had to phone in a bid for the item at 4 AM New York time to lock it down.

“We did it in the first place because it felt stupid,” he said with glee, noting that once Crowe got in on the joke, and donated the proceeds from the auction for a koala chlamydia treatment center, it “became more fun than I could possibly dream of.”

It spoke to what Oliver valued about working with HBO, and part of what makes “Last Week Tonight” so exciting as a program: “By having more resources than you might think might be good to give to a comedy show, you can make things look incredible or look at things on a broader scale,” something seen every week with the show’s outlandish stunts, animals in costumes, and in-depth investigations on underreported issues affecting our world.

That includes Russell Crowe’s jockstrap, currently on display in an Alaska Blockbuster, though that might change as the final Blockbusters actually close. Where might it end up in the future? Oliver hopes it might find a home “wherever there is a problematic business.”