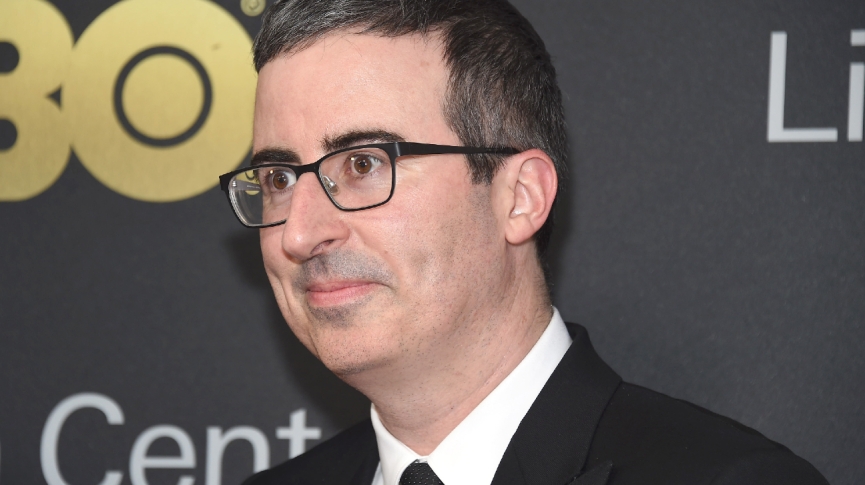 John Oliver once again took aim at “Business Daddy” AT&T — which in May announced a deal to spin off HBO parent WarnerMedia and merge it with Discovery — on Sunday’s episode of HBO’s Last Week Tonight.

This time he took issue with a Reuters report that surfaced last week revealing that AT&T helped create and fund One America News, a far right-wing network that has spread conspiracy theories regarding the COVID-19 pandemic as well as the 2020 election.

“Turns out, AT&T has been up to some shit,” Oliver said. “And it is worth noting, AT&T is still technically our ‘Business Daddy,’ making OAN our ‘Business Stepsibling,’ and not in a hot way.”

According to Reuters, which reviewed court records, OAN founder and chief executive Robert Herring Sr. testified that AT&T executives were the ones who told him to launch the network. They told us they wanted a conservative network,” Herring said in a 2019 deposition, according to Reuters. “They only had one, which was Fox News, and they had seven others on the other [left-wing] side. When they said that, I jumped to it and built one.”

AT&T also reportedly funded OAN to the tune of tens of millions of dollars. And once the network launched, AT&T carried OAN on U-verse and, later, on DirecTV.

Oliver then showed a clip of an OAN broadcaster opining that anyone who worked the 2020 election, including poll workers who ran voting machines, is guilty of treason, which would carry the penalty of death. Showing a photo of an elderly woman at a polling place, Oliver asked: “Are you really saying those who ran the voting machines could be traitors? You mean Dolores? Dolores who lives down the street? Who volunteered to spend 12 hours or her, let’s face it, dwindling NCIS-watching time, doling out participation stickers to voters? All right, death to Dolores, I guess.”

Oliver then showed an email from AT&T reps in response to Last Week Tonight’s request for comment. In the email, AT&T denied that any “senior executives suggested to Herring that they create another conservative news network.” “With the carve-out of ‘senior’ there being pretty striking,” added Oliver.

He noted that AT&T has said the only reason OAN is on DirecTV is because OAN sued the company. “OK, I guess the largest telecom company in the world got roiled in a lawsuit by a ragtag band of fascists. It happens,” Oliver said.

In its statement to Last Week Tonight, AT&T also defended carrying OAN despite the “horrendous content” it airs, in Oliver’s words. “DirecTV respects the editorial independent of the channels it carries,” the statement read. “Just as AT&T is committed to providing editorial independence for every WarnerMedia show — including this one,” referring to Oliver’s show.

That gave Oliver an opening. “That is such a relief,” he said, noting he wanted to “use that generous editorial independence to give some constructive feedback” to AT&T.