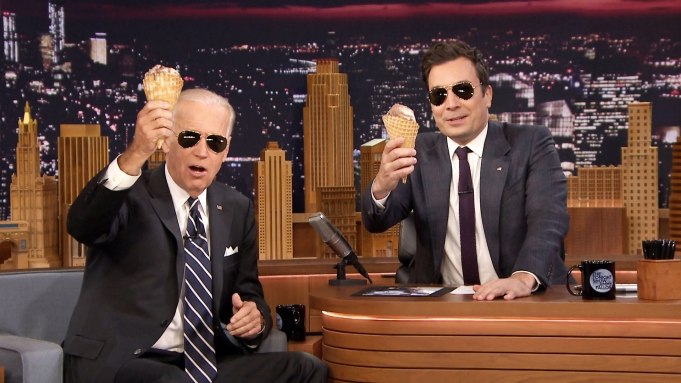 Joe Biden will make his first late night appearance as president when he guests on The Tonight Show Starring Jimmy Fallon on Friday.

Fallon made the announcement on his show on Thursday.

A White House spokesperson said that the appearance will be virtual.