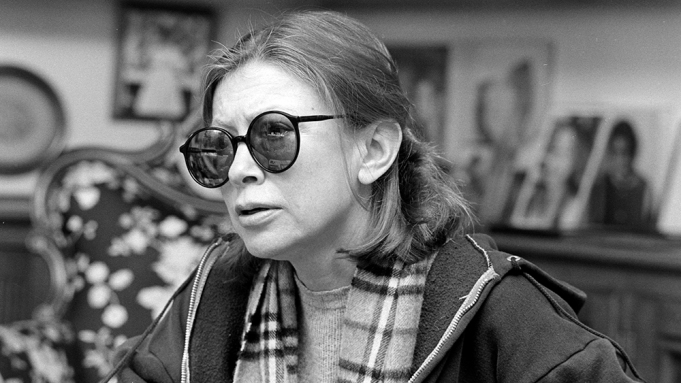 Joan Didion, the author revered for her coolly dispassionate essays and novels such as “Play It as It Lays,” has died, her publisher confirmed to The New York Times on Wednesday. She was 87. Knopf executive Paul Bogaards said the cause was Parkinson’s Disease.

Along with her late husband John Gregory Dunne, Didion co-wrote screenplays for the films “True Confessions,” “A Star Is Born,” “The Panic in Needle Park” and “Up Close and Personal.”

It was the 1968 essay collection “Slouching Towards Bethlehem” and 1970 novel “Play It as It Lays,” which she also adapted for a 1972 film, that secured her reputation as a sharp-eyed observer of the culture and people of California and beyond.

Another essay collection, 1979’s “The White Album,” assembled from her pieces in Esquire and other magazines, took on subjects that defined the era such as Charles Manson and the Doors, further cementing her place as one of the foremost chroniclers of the tumultuous ’60s and ’70s.

With lines like “We forget all too soon the things we thought we could never forget” and her famous assessment of California’s Santa Anas, “The wind shows us how close to the edge we are,” Didion conjured up truths about writing, living and dying in plain but musical language.

Her nephew, director and actor Griffin Dunne, released a Netflix documentary about his aunt, titled “Joan Didion: The Center Will Not Hold,” in 2017.

The 1972 film version of “Play It As It Lays” starred Tuesday Weld as a B-movie actress who drives the streets of L.A. compulsively after her husband forces her to have an illegal abortion. Though the novel was widely admired, the film was less well received, although Weld netted a Golden Globe nomination.

Dunne and Didion helped update the screenplay for the 1976 version of “A Star Is Born,” which was a hit with Barbra Streisand starring. Didion also collaborated with her husband to adapt his novel “True Confessions” as a 1981 film directed by Ulu Grosbard and starring Robert De Niro and Robert Duvall; the story was partially based on the Black Dahlia murder case.

In the 1980s, she began ranging farther afield, writing about politics in “Salvador” and “Miami,” about Cuban expatriates. “My only advantage as a reporter is that I am so physically small, so temperamentally unobtrusive and so neurotically inarticulate that people tend to forget that my presence runs counter to their best interests,” she once explained about her fly-on-the-wall approach that yielded such choice observations.

Later in life, she drew acclaim for “The Year of Magical Thinking,” written after Dunne died in 2003. The memoir of grief was adapted as a Broadway play starring Vanessa Redgrave.